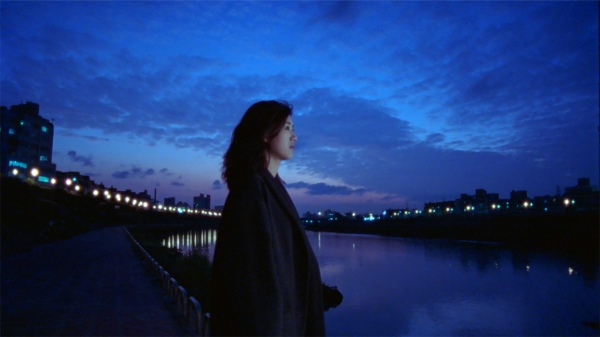 The Cinema Studies Department is enthused to present a screening of Taiwanese filmmaker Ko I-Chen's experimental landmark, Blue Moon. The title, which refers to the second full moon in a single month, more colloquially implies an event of a lifetime — an apt epithet for this rarely screened work. A simple premise of a love triangle between close friends measures the impossibility of certain decisions embodied by the film's formal volatility: Each of the five film reels can be projected in any order for a total of 120 possible variations. In allowing this chronic mutability, Ko destroys film editing logic through the disruption of traditional chronology and engages with the uncertainty and impermanence of both life and the medium as a whole.

Blue Moon will be digitally presented via newly restored Blu-Ray. Post-screening discussion with Professor Marina Hassapopolou (Cinema Studies) will center on the intersection between the film's experimental presentation and cultural significance.

This event is presented with the support of the Taiwan Film Institute and Taiwan Cinema Toolkit.  Co-sponsored by the Asian Film and Media Initiative and Fourth Wall Cinema.