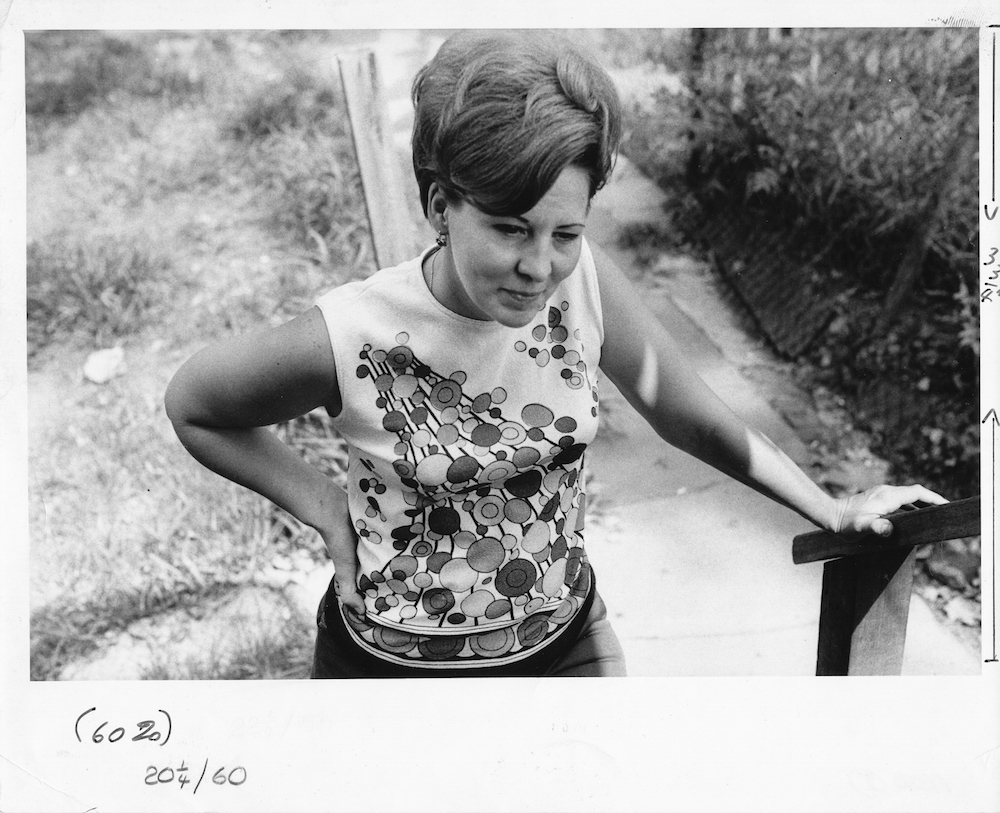 Third World Newsreel (TWN) and NYU’s Moving Image Archiving and Preservation Program (MIAP) will hold the symposium Organizing/Filmmaking/Archiving: Films from the Third World Newsreel Archives on Saturday February 27th, 2016 from 12:30 pm to 8:00 PM in the Michelson Theater in the Department of Cinema Studies, 721 Broadway, New York. Free and open to the public.

Symposium panels Filmmaking and Organizing Then and Now will be preceded by the workshop Archiving and Preserving Film/Media Collections from 10:00 am – 12:00 pm at 665 Broadway, 6th floor, room 643. The workshop will introduce independent film/videomakers, activists, and activist organizations on how to organize, evaluate and preserve their film and media collections. Free with pre-registration.

The Newsreel, founded in 1968 as an activist collective, produced films documenting radical social movements of the late 1960s and early 1970s, including the Black Panthers and the Young Lords, along the second wave Women’s Movement, international struggles for liberation, and community-based efforts to fight for equitable housing, health and education in New York City and beyond. In the early 1970s, Newsreel became Third World Newsreel, which continues to produce, distribute and train in social issue media, while working to preserve its historic collection of films.

Organizing/Filmmaking/Archiving: Films from the Third World Newsreel Archives will present rarely seen and recently preserved 16mm films from Newsreel and Third World Newsreel’’s early days. The symposium will be the premiere of the preservation print of Break and Enter (Rompiendos Puertas) (1970) about the fight for affordable housing in Manhattan’s Upper West Side by a primarily Latino community. Also screened will be recent preservation prints of Janie’s Janie (1970) and Make Out (1970), both produced by Newsreel’s Women’s Caucus; and Third World Newsreel’s Teach Our Children (1972) on the Attica prison rebellion of 1971 in upstate NY.

Activists from the Communities United for Police Reform, CAAAV: Organizing Asian Communities, El Comite Pro-Reforma Migratoria Y Justicia, and others will join in conversation with filmmakers past and present, preservationists, educators, and scholars. The topics of the films – addressing gender roles and women’s rights, mass incarceration and prison violence, racism, displacement and gentrification – still resonate deeply today. What was the relationship of filmmakers and organizers in the past, and what is possible in the present? What is the relevance of films and filmmaking to organizing? What is the value of films such as Newsreel’s today?

The symposium is one of a series of events celebrating TWN’s commitment to preserving its historic films as it approaches its 50th anniversary (2018). Since 2004, TWN and MIAP students and faculty have partnered on numerous projects in support of TWN’s preservation efforts. MIAP is a program of the Department of Cinema Studies in the Tisch School of the Arts. Organizing/Filmmaking/Archiving: Films from the Third World Newsreel Archives is part of Spring Festival: Creating the Future, a special event of the Tisch 50th Anniversary Celebration.

Organizing/Filmmaking/Archiving: Films from the Third World Newsreel Archives is supported in part by the NYS Council on the Arts and the NYC Department of Cultural Affairs. Co-sponsored by the NYU Institute of African American Affairs, the Asian / Pacific / American Institute at NYU, and New York Women in Film and Television, XFR Collective, and AMIA @ NYU, with additional generous support from NYU’s Tisch School of the Arts and Department of Cinema Studies.

Learn how to get started organizing your old and obsolete film and media collections so that you and others can use them. Topics covered will include: how best to inventory your collection; preparing for preservation; pros and cons of preservation file formats for films and media; making video preservation masters and archival film scans; and storing and managing your preserved works. Limited to 20 participants due to space constraints. A light lunch will be provided.

XFR Collective is a non-profit organization that partners with artists, activists, individuals, and groups to lower the barriers to preserving at-risk audiovisual media – especially unseen, unheard, or marginalized works – by providing low-cost digitization services and fostering a community of support for archiving and access through education, research, and cultural engagement. AMIA @ NYU is a student chapter of the Association of Moving Image Archivists and works on urgent issues of conservation, preservation, and access in the moving image preservation field.

PANELS: Filmmaking and Organizing Then and Now

Women’s Movements
Janie’s Janie (1970, B&W, 25 min.) and Make-Out (1970, B&W, 5 min.)
These films are unique in the Newsreel Collection, and were created by the Women’s Caucus.  Janie’s Janie is a “personal documentary”, an unusual format for Newsreel. The film follows a white working class woman in Newark, N.J. who realizes that she has to control her own life after years of physical and mental abuse. Make Out is a dramatic short (also unusual for Newsreel) that continues to resonate with many women. It portrays what a young woman might be thinking while a guy tries to make out with her.

Preserved through the NY Women in Film and Television’s Women’s Film Preservation Fund with Cineric.

3:00 – 5:00 PM
Mass Incarceration and State Violence
Teach Our Children (1972, B&W, 35 min.)
One of the first films made by the Newsreel in its transition to Third World Newsreel, this film focuses on the historic 1971 Attica prison rebellion in upstate New York. The film targets the conditions that caused prisoners to take drastic steps toward securing their basic rights, and questions the behavior of the authorities that resulted in the deaths of thirty-one inmates and prison guards from bullets fired by the National Guard.

Preserved by the Pacific Film Archives and Cinemalab. MIAP alumna Pamela Jean Smith worked on the preservation of Teach Our Children.

Panelists: Third World Newsreel filmmakers Susan Robeson and Christine Choy (Teach Our Children); David Rothenberg, who was on site during the Attica struggle, and is the founder of the Fortune Society; and Kassandra Frederique, Director of the NY office of the Drug Policy Alliance, a member organization of Communities United for Police Reform.

5:15 – 7:15 PM
Fighting Gentrification
Break and Enter (Rompiendos Puertas) (1970, B&W, 42 min.)
A documentary on the fight against the impact of gentrification, then called “Urban Renewal”, on the upper west side of Manhattan. The primarily Latino community was being forced out of their homes to make way for hotels and restaurants.  “Operation Move-In” was organized, with women in the forefront,  to take back the empty buildings, forming  a squatter’s movement.

Preserved with the support of the National Film Preservation Foundation, Colorlab and the assistance of MIAP student Daniel Finn.