Golden Gate Girls is about the life and times of Esther Eng, a San Francisco-born Chinese woman who was an open lesbian and is called China’s first and only female director of the 1930s and 1940s.

This event is free and open to the public. Seating is limited and is available first come, first served.

Affiliated conference:
Esther Eng and Other Challenges to Women and World Cinema
Thurs–Sat, Feb 4–6, 2016
Organized by the MA in Film Studies Program at Columbia University School of the Arts and The Center for the Study of Ethnicity & Race, Columbia University
Website 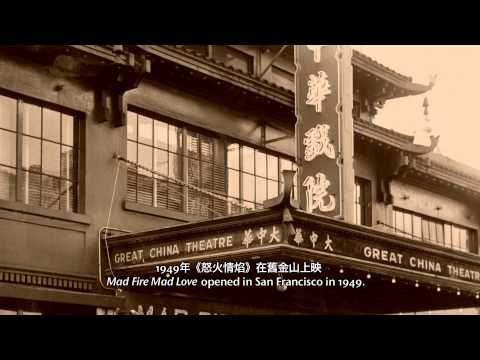 Synopsis:
The histories of pioneering women are often lost partially because historians find it difficult to “place” them within the larger historical context. This documentary weaves together the life of Esther Eng (1914-70), a San Francisco born “Golden Gate Girl” who made ten Chinese films on two sides of Pacific, and juxtaposes her story with the fascinating stories of two other pioneering women of her time: Anna May Wong (1905-61), first Chinese American actress to rise to international stardom, and Dorothy Arzner (1897-1979), the first and only female director to successfully transition from the silent to sound eras of Hollywood. The three women lived in a time when war lent them opportunities to achieve greatness, and yet their accomplishments were soon forgotten after the war.

Esther Eng, once honored as the first woman director of Southern China and the only one during her movie career, crossed boundaries of both gender and culture by making Cantonese language films for Chinese audiences during and after WWII. She was in fact the only woman directing feature length films in America after Dorothy Arzner’s retirement in 1943 and before Ida Lupino began directing in 1949. After her film career, she pioneered in establishing fine dining Chinese Restaurants in New York City. She left her mark in both the Chinese and English press enabling me to recover some of her lost stories. Clips from her two extant films, stills from her eight other motion pictures, photos from her six albums, newsreels of San Francisco as she saw them, as well as hundreds of archival images are collected to present her life and work in the most stunning visuals.