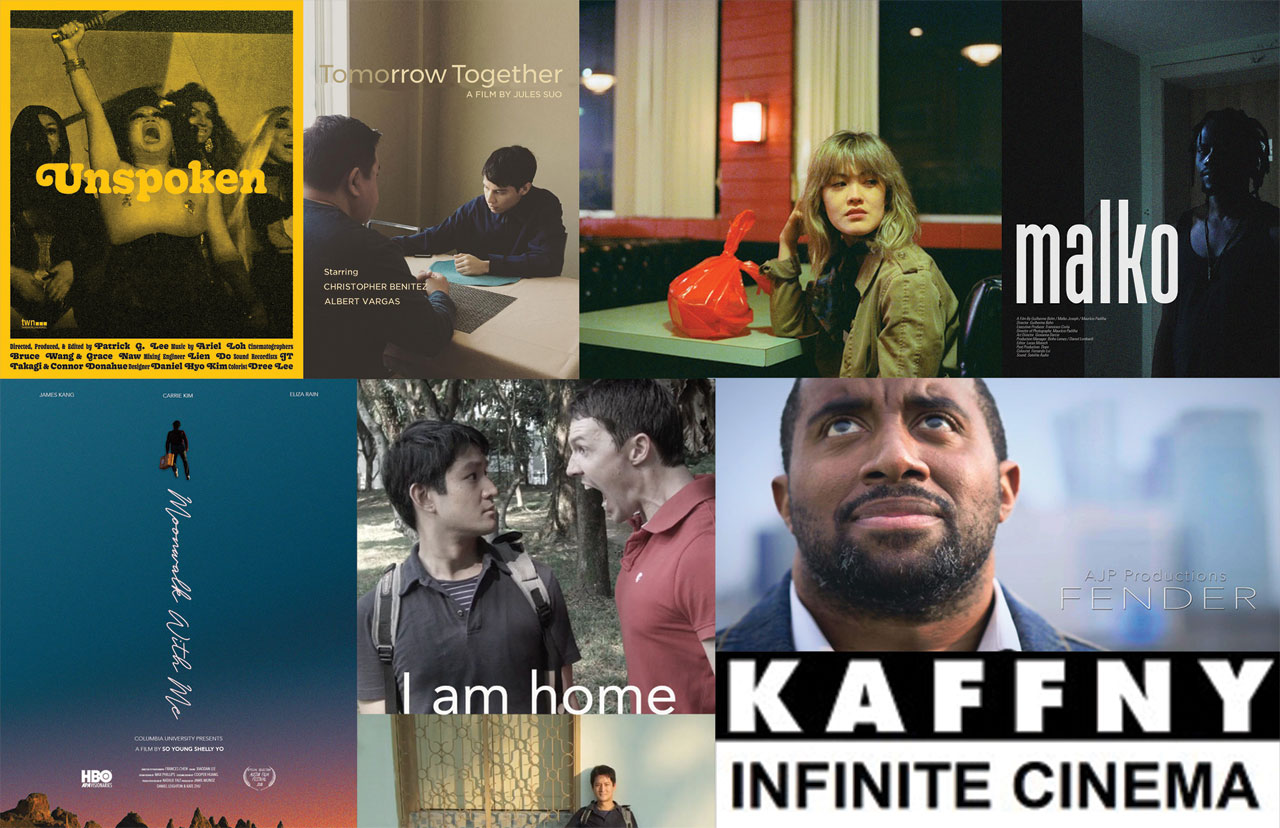 Since 2007, the Korean American Film Festival New York (KAFFNY) has moved across diverse platforms to present the richest exhibition of the hidden intersections of global culture. During the first decade, KAFFNY focused on applying a proactive form of cultural awareness to films of the Korean diaspora. Under the new theme of “Infinite Cinema,” the festival has expanded the cinematic dialogue to those artists who recognize a necessary deference to humanity.

This year’s shorts program features films that challenge the limits of national, cultural and gender boundaries. The screening will also include the trailers of officially selected feature films of the year. There will be a post-screening Q&A with local filmmakers and the festival representatives. For more information on the festival, please visit our website: http://www.kaffny.org/

Malko (5:48) – Directed by Guilherme Bohn
Malko's dream went off course, because he never thought he would end up in Brazil. His whole life he have heard that Brazil was the Africa of America". A place where he thought he would be welcome as a brother. But since he got there, things sounded way different from the expected. This is the story of Malko.

Tomorrow Together (13:40) – Directed by Jules Suo
7 AM on Northern Boulevard in Queens, New York. The busy traffic of a 24/7 -society pulses through the metropolis in constant waves. Sergio drops off a drunk passenger after a long night shift, then makes his way home to rest before he’ll go to work at a restaurant later that day.

No Forks in the Road (8:57) – Directed by Jessica Le
At a rest stop, May’s newly-found friendship with a stranger leaves her at a crossroads with her cultural identity.

I am Home (1:44) – Directed by Jason Chan
Racism and sense of belonging are key to a homecoming journey from Australia to Asia.

Fender (4:28) – Directed by Aurélien Lainé
Meet Fender, another uprooted being who can’t seem to be able to find home.

Moonwalk With Me (14:10) – Directed by So Young Shelly Yo
A story from the heart about a Korean American girl named Juno who is haunted by her father’s disappearance. Upon his return, Juno must decide between keeping her drifting father grounded or letting him go.

Unspoken (17:07) – Directed by Patrick G. Lee
Unspoken is the collective outpouring of six queer and trans Asian Americans as they grapple with their queerness and consider what family acceptance might look like. In this film, the interviewees share what they would say if one day they woke up and their families’ generational, cultural, and language barriers were gone.