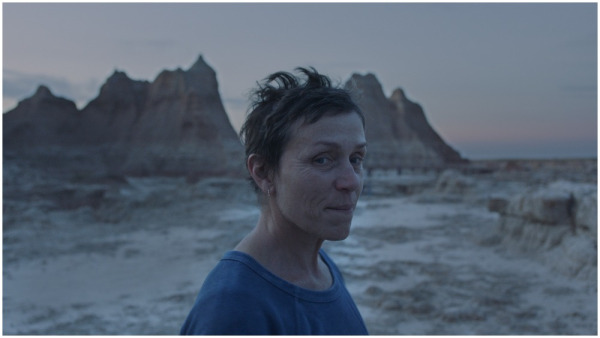 Chloé Zhao (Graduate Film) is releasing Nomadland, her new film starring Frances McDormand. The film will screen at Venice, Toronto and New York as part of the fall festivals’ solidarity pact in the wake of the pandemic.

Meanwhile, Telluride will host a special “Telluride from Los Angeles” drive-in screening later in the evening, featuring in-person appearances by Zhao and McDormand. In addition, New York Film Festival will screen the film as the Centerpiece Selection of the 58th edition of the festival, leading into a domestic theatrical release this fall, and subsequently rolling out internationally.

The story follows McDormand as Fern, a woman in her sixties, who after losing everything in the Great Recession, embarks on a journey through the American West, living as a van-dwelling modern-day nomad.

“The American road fascinates me. It’s heartbreakingly beautiful and deeply complicated. I’ve traveled it for many years and always hoped to capture a glimpse of it. I’m thankful to be able to make ‘Nomadland’ and excited for audiences to join Fern on her adventure,” said Zhao.

Read more about Nomadland on Variety.