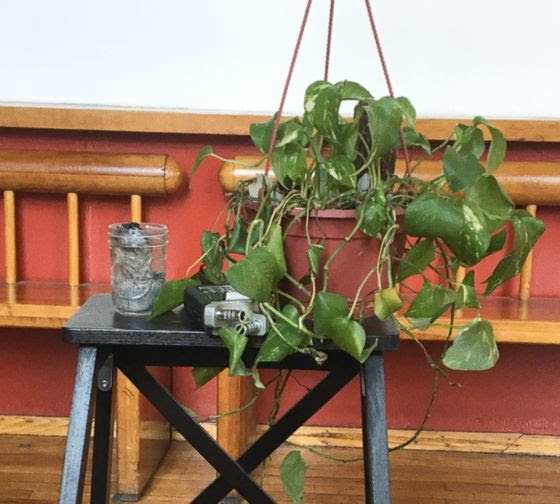 January (March is for Marches), the Chapel at Pratt Institute, 2019. Photo by Morgan Bassichis and Ethan Philbrick.

In January 2019, Morgan Bassichis and Ethan Philbrick embarked on a year of “musical cruising.” Each month, they improvised—with Philbrick on cello and Bassichis singing—in different spaces that matter to them. These semi-private performances responded to the acoustic, historical, and political resonances of venues such as the Sunken Forest on Fire Island and the Lesbian Herstory Archives in Brooklyn, and became a sustained study in free association. For Welcome All You Dragonflies, Bassichis and Philbrick invite an audience to listen to excerpts from the year-long project and the live recording of the final improvisation.

“March Is for Marches,” which presents selections from the twelve recordings, will be published by Triple Canopy shortly after Welcome All You Dragonflies. The work documents an experiment in queer friendship, historical meditation, and improvisation against the backdrop of the endlessly marketed fiftieth anniversary of the Stonewall rebellion. They also capture Bassichis and Philbrick using sound and humor to navigate what the scholar Danielle Goldman terms the “tight spaces” that characterize our political landscape, imposing an ever shifting set of constraints that shape our movements and expressions. In the words of one of the improvisations, “Every time I step in that hole, I'll think of your freedom.”

Triple Canopy was founded in 2007 as an informal, nonhierarchical, geographically dispersed editorial collective, for the purpose of publishing an online magazine, the first issue of which appeared on March 17, 2008. Triple Canopy currently consists of writers, artists, scholars, designers, and developers in New York City, Berlin, Mexico City, Minneapolis, Los Angeles, and San Francisco. The magazine operates as the locus for the collaborative production of artistic and literary projects, research, public programs, print objects, and exhibitions that mine the legacies of the artist book, the avant-garde journal, the political pamphlet, the alternative arts space, and the magazine-in-a-box, all the while enriching those forms with new media. Zack Wilks recently joined the team as Triple Canopy's grant writer.

Entry is first come first serve with a $7 suggested donation at the door. Tickets are not available for purchase in advance of the performance.