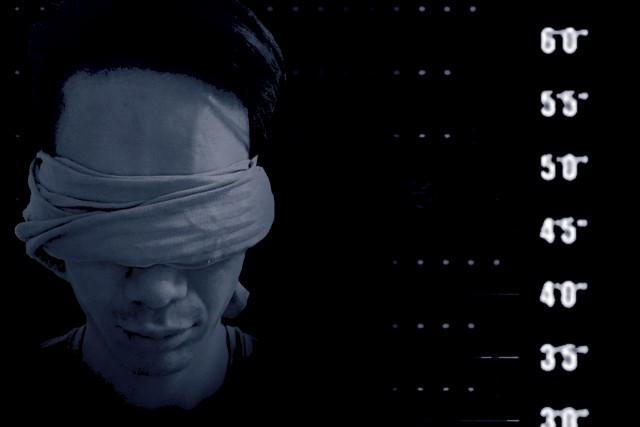 In early 2015 in Kaohsiung, Taiwan, 6 prisoners took hostage of the warden, successfully winning the attention from the public, after the convicted former president was granted compassionate release. The 6 prisoners did not attempt to escape, but rather chose another path leading to tragedy, after making their statements to society. Taiwanese director and playwright, and current Associate Artistic Director of The Living Theatre, Dennis Yueh-Yeh Li (MA '12), after his adaptation of Peter Weiss’s “The New Trial” at Theater for the New City, through “Exile 5.42” will take a closer look at the incident, pointing out the struggles of the incarcerated and examining the penological system. This new project “Exile 5.42” will be presented by Dixon Place on March 3rd at 7:30pm as a work-in-progress project.

Continuing the legacy and aesthetics of the Living Theatre, “Exile 5.42” is an experimental political theatre project. Its politicality lies in and denotes the coercion to the performers and the audience to return to the very belief in humanity, which, living in such crooked power-relation complex, we have abandoned. Several theatrical experiments will focus on the constructive identity and the language. Performers will switch identities to allow different voices on the penological issues, and to further create the necessary alienation effect. “Exile 5.42” will also be presented predominantly in Chinese (Mandarin and Taiwanese dialect), and supplemented by English language to pay tribute to the incident and further to challenge the sensational hierarchy in theatre.