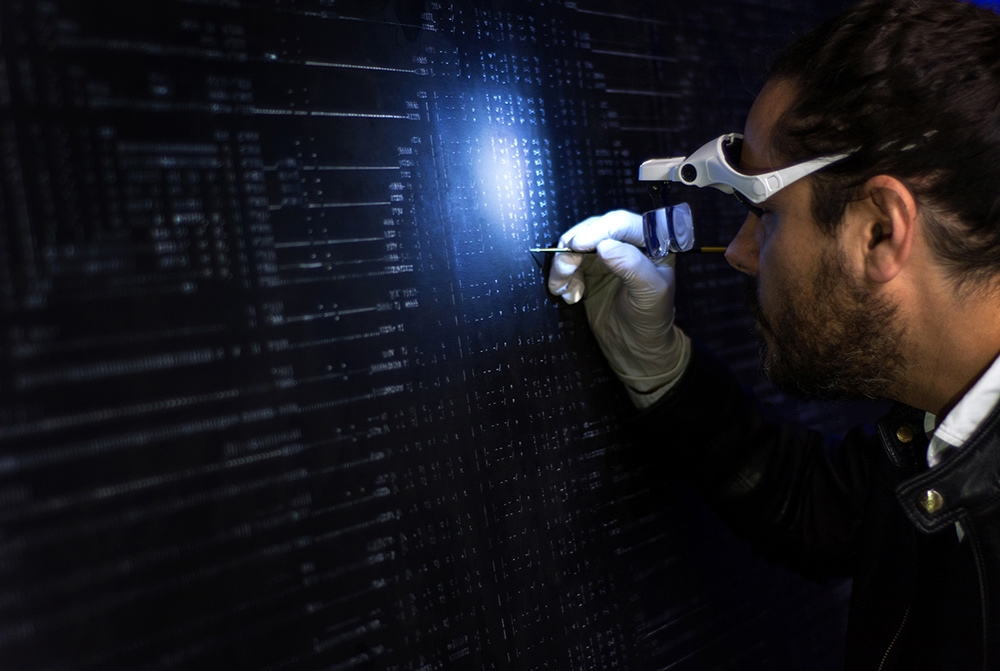 The Cartographic projections of Ernesto Ríos

Perhaps the first moment of individual realisation we have as human beings and the hardest to deal with is the knowledge that there once was a time when I was not alive and there will be a time when I am no longer alive. This existential realisation, when we confront something so contradictory and central to our existence, can result in the search for affirmation - be it through metaphors or art – and create a continued search for meaning outside of ourselves.

In his recent exhibition, Constelaciones at the SISMO Gallery (Mexico City), multi-disciplinary artist and alumnus Ernesto Ríos (Mexico, 1975) examines this search and looks at how in a symbolic manner, the mind of the individual searches for meaning in their existence. Looking at how the world is both affected and changed when he travels across it, emotionally and spiritually, Ernesto Ríos’ artwork looks at the topographic aspects of journeys and roads taken in his artwork, and the subjective manner we define the world.

The exhibition Constelaciones is composed of paintings, sculptures, photography, video and interactive installations, which together form part of a five-series collection of cartographic projections of labyrinths. This is the second exhibition to feature a range of diverse types of three-dimensional labyrinths and 3D Rhizome shapes, which are crucifix-shaped, and have a certain structural symbolism, taking on a profound internal significance. As an international artist, Ríos identifies the limits of each artwork but as  spectator he de-codes and interprets the avenues and passages of these labyrinths, using with maps and interactive sculptures to travel within these internal landscapes. His work includes sculptures created with recycled matchsticks, which over time help to locate him within this existential reality.

The symbol of the labyrinth represents a poetic vision of the universe, one in which we are immersed, and thus have no idea of our destiny, which is similar to being in the labyrinth, where no one knows the way out. The only constant factor within the labyrinth is the continual need to make decisions at every crossroads. Ríos examines the shapes and metaphors of two types of labyrinths, firstly the ‘centre’ focused labyrinth, which leads the participant to the only opening there is (the centre), and which to imagine it, is to interpret it as a trip or spiritual journey (the "search for centre") or alternatively the other type, which has diverse roads (rhizomatic roads) and multiple exits whose solo purpose is to test you, as similar to the electronic game, Pac-man.

His artworks include series of small, medium and large paintings undertaken with brushes just millimetres thick and eyelash small, demonstrating the intuitive nature of creating art that has cartographic qualities. His artwork includes the use of tools like a magnifying glass, to enable the audience to read acronyms, numbers, words and symbols and create their own meaning, and which from a distance, look like poems written by an algorithm.

Like on a map, his artwork attempts to super impose the nuances, rhythms and location of each sign in a system of coordinates that conform to a specific dimensionality and a level of abstraction and synthesis of the labyrinth, on the artistic terrain. On the other hand, his works also are part of an exhibition that includes sculptures with 2,333 matches, which were shaped and recycled.

Some pieces in the Constelaciones exhibition resemble labyrinthine mandalas made up of upright matchsticks, which assembled together, are placed on wooden planks of wood, finely crafted. Part of the mysticism of this art is the creation of it, requiring significant patience to create such delicately placed matchsticks (with two millimetres between each stick) and much like dominos, are lit up all at once. Ríos, a great fire-lover and self-confessed pyromaniac, makes fire an accomplice in the making of his creation, resulting in the carbon trail of matchsticks and the random tones of brightness and shade as the fire lights up each matchstick.

Using matches for the construction of labyrinths can be considered a diabolic idea one that can be well thought out or alternatively be an act of pryromania and creation. As a flammable stick, a match is covered in a substance, which under the right conditions will light up, and burn. Like any combustion process, the flames of this fire expanding in diameter, widening the area affected and destroy and purify the space around it. These flames, much like their element, symbolise the internal strength of nature and its relation to the transformation and ancient sacrificial concept, so from the flames there emerges a purer, more refined outcome. Ultimately, his artwork continues to ask: what other exit is there within the labyrinth than that in the middle?

He was born in Mexico where he studied Photography, Hispanic Literature and Linguistics, History of Art and Fine Arts. Ernesto holds a Masters Degree from Tisch School of the Arts (Interactive Telecommunications Program) at New York University. Ríos holds a Doctorate of Philosophy (PhD) from RMIT University.

He has had 23 solo exhibitions and 65 group exhibitions in major cities such as London, Paris, Tokyo, New York, Valencia, São Paulo, Melbourne and Mexico City. 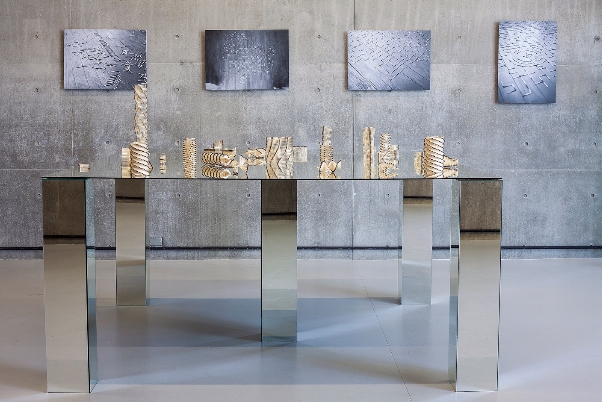