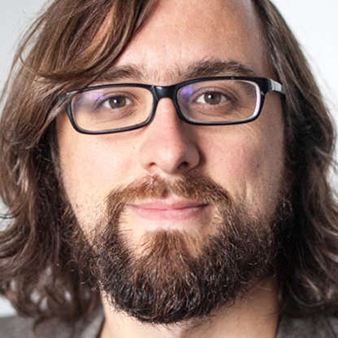 Jer Thorp is an artist and educator from Vancouver, Canada, currently living in New York. A former geneticist, his digital art practice explores the many-folded boundaries between science and art. Recently, his work has been featured by The New York Times, The Guardian, BusinessWeek and the CBC.

Thorp’s award-winning software-based work has been exhibited in Europe, Asia, North America, South America, and Australia and all over the web.

Jer has over a decade of teaching experience, in Langara College’s Electronic Media Design Program, at the Vancouver Film school, and as an artist-in-residence at the Emily Carr University of Art and Design. Most recently, he has presented at Carnegie Mellon’s School of Art, at Eyebeam in New York City, and at IBM’s Center for Social Software in Cambridge.

In his previous life as a Flash developer and designer, Jer produced work for a broad base of clients including Honda, The Canadian Broadcasting Corporation, FOX, and the LA Kings. blprnt.com, Jer’s unique collection of organic Flash experiments and generative artworks, has won numerous awards and has been featured in many art and design publications, both online and in print. Jer is a contributing editor for Wired UK.

He is currently Data Artist in Residence at the New York Times.