Blockchain is the New Internet 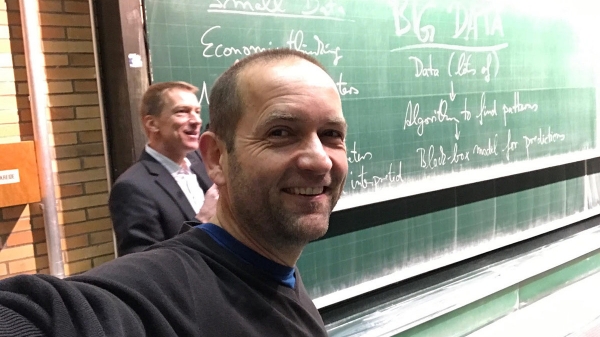 “Blockchain is the new Internet” – something bigger is going on here, than just another form of digital payment like Bitcoin. The blockchain enthusiasts promise applications from smart contracts, to autonomous organizations, to anarchistic systems of government. How can this new technology live up to its promises, and can it deliver something beyond the Silicon Valley type libertarianism of disruption?

Before that, Joerg had worked for media companies and publishers in Europe and the US. After graduating in statistics and political sciences with a thesis on machine learning, he worked in behavioral sciences, focused on nonverbal communications research.

In Munich Joerg has been running the experimental art space Galerie Royal since 2002. Joerg is author of the Slow Media Manifesto and blogs about media and art atslow-media.net, about data and the future of social research at beautifuldata.net and datarella.com.