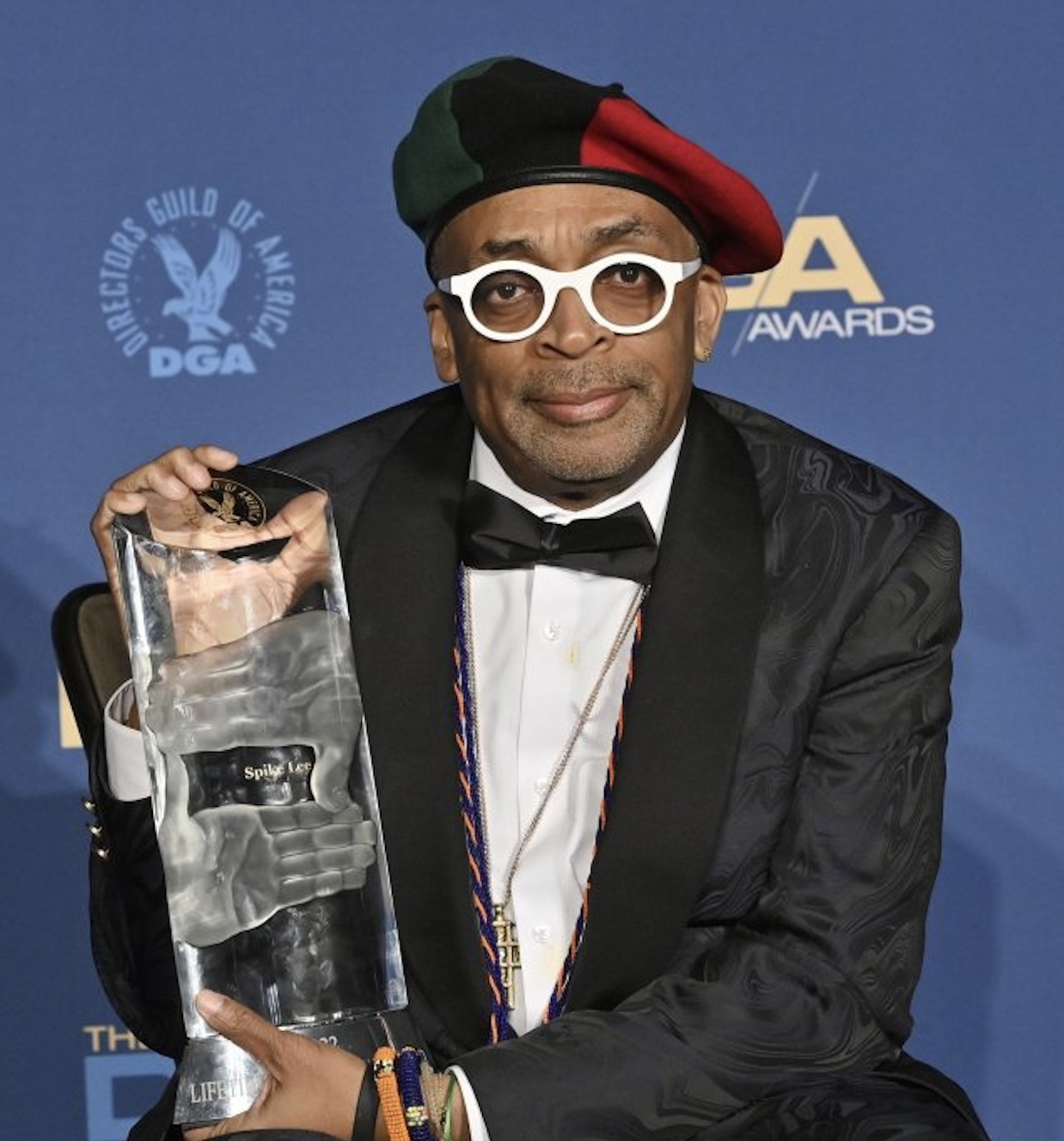 The 2021-22 year started off in a big way. The Hollywood Reporter named NYU their number one American film school. Their announcement highlighted the school’s accomplished alumni network and ability to mount student film productions in these unprecedented times, and set the tone for an incredible year.

At the 94th Academy Awards, alum Reinaldo Marcus Green’s King Richard, the dramatic biopic about Venus and Serena Williams’s father Richard Williams, was one of the top nominees of the night with six total nominations, and one of the 10 films nominated for the coveted Best Picture award. Professor Tod Maitland received a nomination in the Best Sound category for his work on Steven Spielberg’s West Side Story, which was also nominated for Best Picture. The achievement marked his fifth nomination by the Academy, following nominations for Born on the Fourth of July (1989), JFK (1991), Seabiscuit (2003), and Joker (2020).

At the 74th annual DGA Awards, Professor Spike Lee was recognized with the DGA Lifetime Achievement Award for Distinguished Achievement in Motion Picture Direction, the Guild’s top honor. The award recognizes extraordinary efforts in the art of cinema. (Following the awards, Lee teamed up with NETFLIX, embarking on a multi-year creative deal which will see him directing and producing original narrative features.) Alumni Andrij Parekh and Mark Kamine were both nominated for DGA Awards in the series categories. Parekh was nominated for Outstanding Directorial Achievement in Dramatic Series for “What it Takes”, the sixth episode in Succession Season 3. Kamine was nominated for Outstanding Directorial Achievement in Comedy Series for The White Lotus episode "Mysterious Monkeys".

This year’s Cannes lineup and competition series was packed with student and alumni projects. Aftersun, written and directed by alum Charlotte Wells, had its World Premiere in Cannes' seven-title competition lineup, and is one of only two films in the category also selected for La Semaine de la Critique (Critic’s Week). Dang Wo Wang Xiang Ni E Shi Hou (Will You Look At Me), written and directed by MFA candidate Shuli Huang had its World Premiere as a Semaine de la Critique selection in the short film competition. The Pass, written and directed by MFA candidate Pepi Ginsberg, was a La Cinef selection, a category for emerging student filmmakers. 1976, produced by alum Omar Zúñiga, was selected for Director’s Fortnight, making it eligible for the Caméra d'Or main competition prize. And, Maria Schneider, 1983, edited by Professor Jennifer Ruff, was in the Director's Fortnight: Short Films lineup.

At the 2021 Venice International Film Festival, alum Alfonso Herrera Salcedo won the Bisato d’Oro for Joaquín del Paso’s El hoyo en la cerca (The hole in the fence). The honor, awarded by an independent critics jury present at Venice, represents high achievement in cinematography. The film was an official selection of Venice Biennale’s Orizzonti Competition, praised for making a criticism of the social, economic, and political elite that maintains a sustained indoctrination from cruelty.

Bloomsbury Publishing released Professor Gail Segal & Dean Sheril Antonio’s Dramatic Effects with a Movie Camera, a practical guide to the visual storytelling potential of different camera techniques. Meanwhile, fellow faculty member Kasi Lemmons was tapped to direct the late Whitney Houston biopic I Wanna Dance with Somebody for TriStar Pictures, and the Metropolitan Opera season opened with Terence Blanchard’s Fire Shut Up in My Bones with libretto by Lemmons. Erica Freed, adjunct faculty in editing, is nominated for an Emmy for the series Severance.

In addition to these accomplishments of our Students, Faculty and Alumni, we hosted the following guests for the inaugural mentorship program and for weekly Chair’s Workshops: