On Your Radar: Riya Agarwal 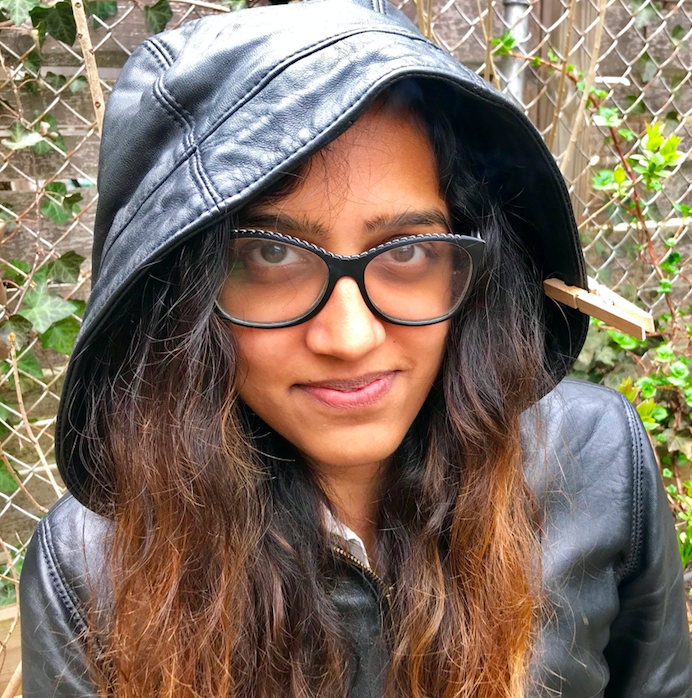 RIYA IS CURRENTLY A 3RD YEAR STUDENT AT GRAD FILM. WE ASKED HER A FEW QUESTIONS, AND HERE’S WHAT SHE HAD TO SAY:

That’s always a question I dread when I first meet someone - “where are you from?”. And I worry I sound cocky with my answer - nowhere, and everywhere. I was born in Calcutta, India but I moved out when I was pretty young. I floated around a couple of boarding schools in different cities in India - which were bubbles of their own, then Florence for a year, and NYC for undergrad. Most of the last 10 years of my life (which is all of my adult life) have been spent between NYC and Bombay so I want to call either one of the two cities home but I still don’t feel like I “belong” to either. I guess the short answer is that I’m from India, because this country still made me who I am today, even though I rebelled against a lot of its inherent practices and principles, and even though I'm not tied down to a specific city. But while that’s ethnically true, NYC has been the first, and only place where I have felt like I can be who I want to be and still feel a sense of inclusion. It was the first place that I could truly call my own. So where is home? I don’t know!

Strangers. After about 6 months of lockdown where I only saw ~5 people, being able to get out in the public and observe how people were continuing with their daily lives initially brought on social anxiety. In full disclosure, I’ve been more paranoid than most. But I gave into it and started noticing how they’ve embraced the pandemic, which in turn inspired me to get out of my shell. Never thought I’d say this but through AirBnB couchsurfing, I spoke to and met a whole bunch of interesting people who have inspired me with their stories and personas.

Also - the news! I think most of what I know about the world and human behavior comes from watching films. Today, with all the death and suffering all over the world, I believe that as filmmakers we have the power and the responsibility to tell personal stories in a socio-political context - in turn education and uniting the world as one.

3. What has been your most rewarding experience at NYU Grad Film so far?

The friendships - not just with my peers but also my professors. I have learned so much from every single person I have been able to work with so far - both professionally and personally. It’s a constant reminder not just of how much I need to grow but also of the stories, possibilities, and discoveries that exist - which are limitless. It’s the coffee table (or barstool) conversations, the ping-pong games, smoke breaks during class, late nights hunched together in the editing rooms, and even the uncomfortable small talk on Zoom that motivates me to push myself to do more and more. We never stop learning and the program and the peers have been constant propellers of that. And it also helps that for once, I'm not the only "weird" one on the table!