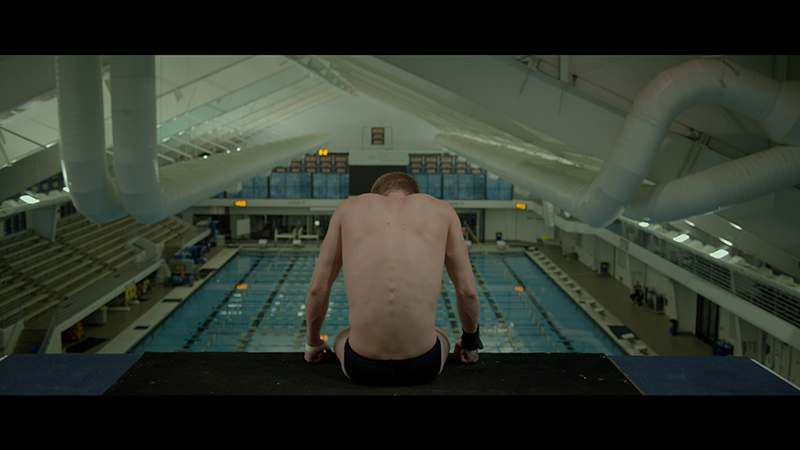 Film Still from Blood and Water

After a near-death training accident, platform diver Garrett Delaney struggles to return to the pool in time for the Olympics.

Brian was born in Miami, Florida. He started in the world of filmmaking by producing commercials for his high school's video PA system and "morning announcements". He studied Film and Television Production at NYU's prestigious Tisch School of the Arts. During his collegiate athletic career at NYU as a springboard and platform diver, Brian suffered a near-death training accident that inspired his film, "Blood and Water". Now Brian freelances in NYC as a director, producer, and sound mixer, and is a programmer for the Miami Film Festival.