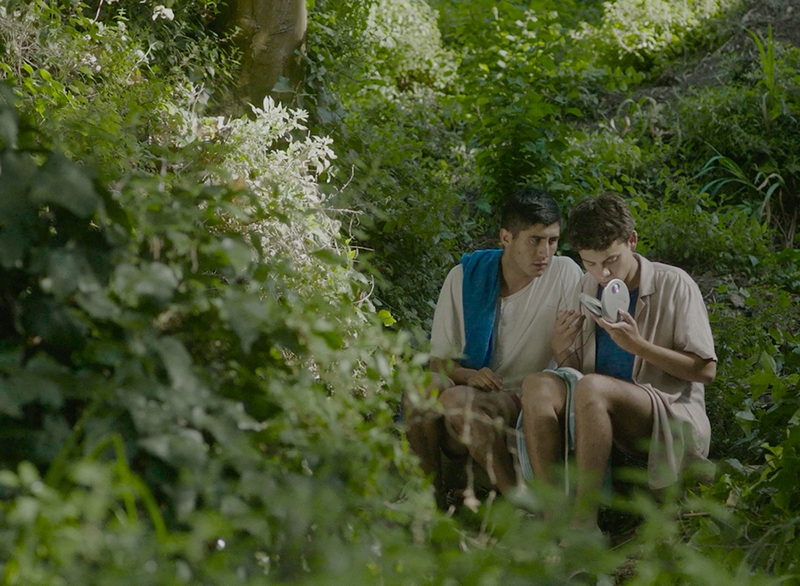 Tomás, a gay teenager from a small beach town in Chile, lives daydreaming at the beat of pop-music. During a summer day he sees his crush again, Benjamín, and encouraged by his music he jumps forward to the adventure of burgeoning first love, facing his fears and risking leaving the safe refuge of his musical and colorful world.

José Manuel was born and raised in Santiago, Chile, in a Catholic family. He studied Design, but kept his love for film close at heart. He worked for almost 10 years as a videographer, film title designer, and professor of design. He directed the documentary short "Bronces Inquietos" in Santiago, before moving to NYC to pursue his dream of filmmaking. There he worked in shorts, TV pilots, and small features as an art department assistant, script supervisor, and any other role available, before applying to the NYU Graduate Film Program, where he is currently a third year student. His stories delve into topics about sexual identity, masculinity, and mental health. As a NYU student he has directed the short films “Offside” and “Yesteryear” in New York City, and "Fervor" in his home country. He received a scholarship from the National Commission of Science and Technological Research of Chile, and two grants from the Chilean Ministry of Culture and Arts.