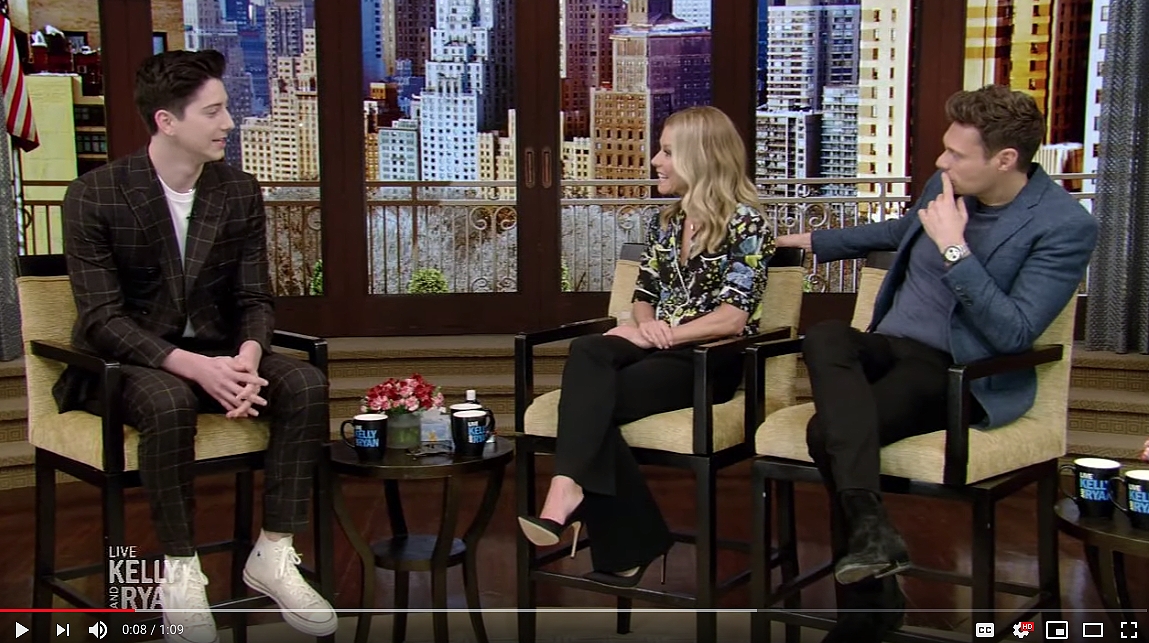 Live with Kelly and Ryan

First-year Tisch Drama student Milo Manheim talked about getting trained as an actor at NYU on Live with Kelly and Ryan this week, saying, "I wanted to be with other people who cared as much as I did—and I found those people."

Known for his starring role as Zed in the 2018 Disney Channel Original Movie Zombies, as well as ABS'c Dancing with the Stars, Manheim is training in the Atlantic Acting School at Tisch Drama. Watch the clip.