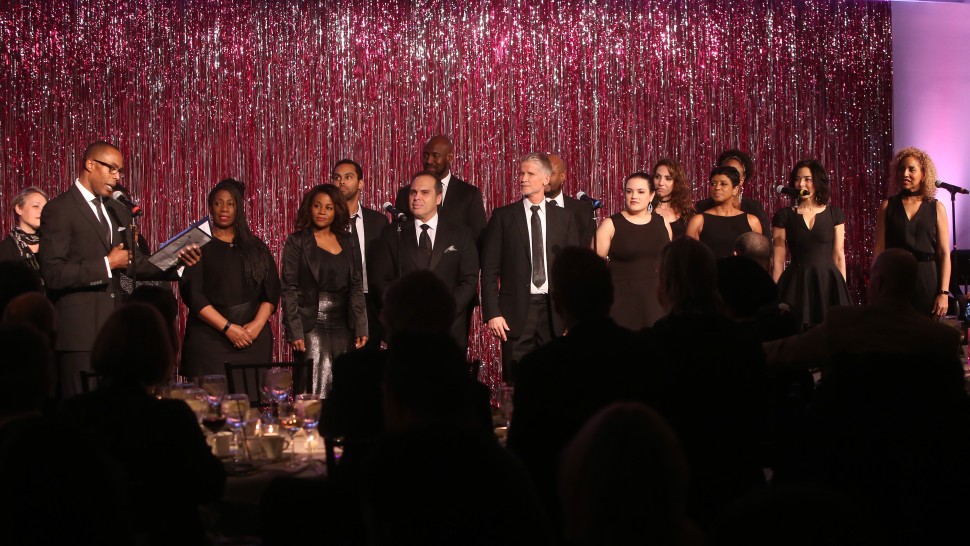 The 2019 Tony Honors for Excellence in the Theatre will be given to four contributors to the Broadway industry—including Broadway Inspirational Voices, founded by Tisch Drama Associate Arts Professor Michael McElroy, who serves as the head of vocal performance in Tisch Drama's New Studio on Broadway. Read Playbill's article announcing the awards here.

About Broadway Inspirational Voices
Broadway Inspirational Voices (BIV) is a diverse, professional choir of Broadway artists, united to change lives through the power of music and service. The company was founded by McElroy in 1994 as the Broadway Gospel Choir and in 1999 reincarnated to its current name. In 2010, BIV became a 501(c)3 non-profit organization whose mission consists of providing hope to inspire and transform youth in need through music and the arts. In addition to numerous concerts, the Grammy-nominated choir has performed with award winning artists such as Mariah Carey, the Yeah Yeah Yeah's, STING, Elton John, Vanessa Williams, Heather Headley, Billy Porter. BIV has been featured on The David Letterman Show, The Rosie O’Donnell Christmas Special, multiple Tony Awards Telecast, Smash and America’s Got Talent.