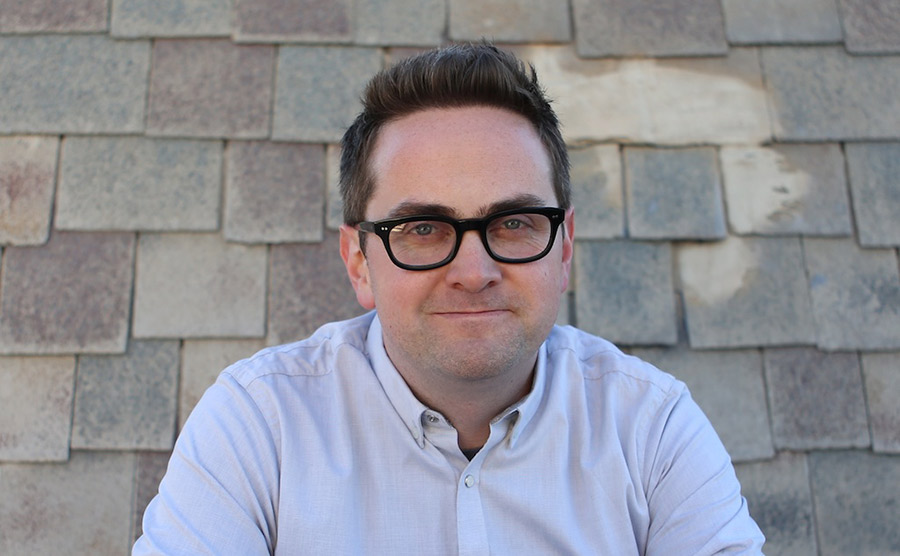 Rachel Friedman of Tisch Drama’s Office of Career Development & Alumni Engagement recently caught up with alum Cory FitzGerald ‘03 about his experience as a lighting and production designer. Here’s what he had to say:

What did you do at NYU that you think was most helpful in preparing you for the work you do now?
Well, in my experience, no two shows ever seem to be the same. Luckily, I chose to be involved in a wide variety of productions while I was still in college, which then set me up to be able to negotiate an equally diverse range of productions throughout my career.

What did your career look like just after graduating from Tisch Drama?
Internships are essential for finding that key connection and vibe with a company or colleague. Participating in an internship while I was in school was integral to jump-starting my transition into the workforce. I was actually hired by High End Systems—the company at which I had been an intern—about eight weeks after graduating. During my year-long internship with them, I learned the Wholehog line of control software, and worked with different programmers and designers, all of which made me a desirable hire. I was immediately put to work on the road and through that initial connection, I continued to grow in my position as well as broaden my network of work associates.

How do you pick and choose projects as they come along?
If you’re attempting to learn a skill as a career, you can’t do it by passing on the opportunity to work on projects you might not necessarily love. I have always said that “there’s no gig too small,” and you certainly want to take on as much as you can, especially in the beginning. I believe you ultimately find the path to what you want by achieving every task along the way. The thing about being in New York is that despite being in a big city, you’re actually in a very close-knit environment of show-business people. Once you start to meet and know the community of individuals in lighting and production design, it becomes more about observing and learning from them as much as possible. Eventually you’ll find out that maybe you like it, maybe you don’t, but that’s ok; everyone’s path becomes apparent over time.

A lot of students ask if it’s better to learn a little about a lot of different things, or to focus on becoming an expert in one area as quickly as they can—do you have thoughts about that?
I think it can be either—it’s entirely dependent upon the student; however I would lean more towards being a jack of all trades than a one-trick pony. The ultimate goal is to learn about real-world business practices, and having more tools in your belt will always be more helpful than not. So, if you like lighting consoles, video servers, editing software, audio consoles, or any other system, learn as many of them as you can. A lot of the manufacturers are more than happy to let you play around with their gear, do a demo, learn about their products, or go through manufacturer training. If you’ve got down time and you want to go learn something, there are definitely avenues to do that. The more skills you have the better.

Reflecting on your career and all the work you've accomplished, is there any project you feel extraordinarily proud of, or you really loved the process?
They have all been pretty amazing; each one has a different memory and meaning. I had the opportunity to work on Beyoncé’s performance at Coachella last year, which was an extraordinary experience. I collaborated with both Stufish—the company responsible for set design—as well as Beyoncé and her team, who were responsible for the overall creative vision. It was a lengthy process—almost six months of back and forth with different ideas followed by weeks of on-site rehearsal time—and it took a lot of collaboration, adaptation, and change to yield what I feel was an incredible show at the end. Even though it only happened twice, it was a very powerful moment for both the team and the audience to come together.

Is there any advice you have for current students and alumni as they think about their careers moving forward?
Find what you love and do it forever. Have the faith to try different things on the path to finding your passion. Learning from your experiences is the only way to grow, and there’s always a lesson to be found in every job, good or bad. Don’t be afraid of failure, and be open to the concept that your first idea will likely not be your last. It’s about putting yourself out there and taking advantage of those crucial moments to shine, discovering the things at which you become great—and that you love—and ultimately being happy with what you’re doing. Every experience leads to the next in one way or another, so keep your sights set on your goals and enjoy the ride!