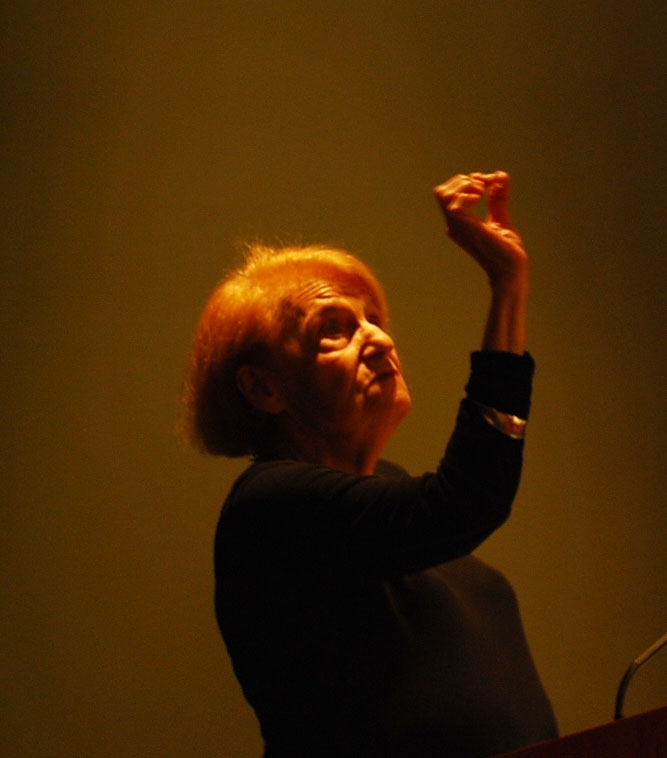 Today we mourn the passing of Annette Michelson, Professor Emerita of Cinema Studies. Annette died on September 17, 2018, a few months short of her ninety sixth birthday. Annette was a prolific scholar and critic, the author of transformative works on avant-garde and Soviet cinemas, on minimalism, and on the cinema's visual domains.

Annette joined the faculty as an adjunct instructor in 1967, the year of the department's founding. She became a tenured professor in 1977, retiring as Professor Emerita in 2004. She worked as the film critic at Artforum for many years. In 1976, with Rosalind Krauss of Columbia University, she founded October, the influential magazine of art theory and criticism. As a member of our faculty she supervised two dozen doctoral dissertations and shaped the intellectual lives of countless students.

Annette traveled widely throughout her life--she lived for a decade in Paris--but remained a true New Yorker. A cosmopolitan with eclectic tastes, she loved tennis, ancient Greece, and Tommy Lee Jones. Although she would detest the word gourmet, Annette enjoyed good food and wine and her beautiful Soho loft was the social center of the department for many years.

It is a relief to know that Annette is no longer suffering, but still we grieve her loss.