Cinematic Experiments with Artificial Intelligence: Exploring the Expressive and Activist Potential of AI from an Arts and Humanities Perspective 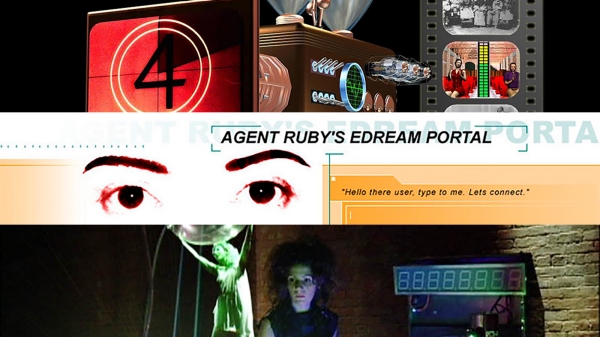 Cinematic Experiments with Artificial Intelligence:
Exploring the Expressive and Activist Potential of AI from an Arts and Humanities Perspective

Artificial Intelligence seems to be everywhere these days, although the ancient idea of synthetic consciousness has been fuelling the popular and technological imaginary for centuries. While there is much focus on AI from a Science and Technology perspective, the contributions of AI to the Arts and Humanities have not yet been fully explored. This symposium aims to chart an international and cross-cultural historiography of “expressive AI” [1] –that is, the combination of AI art practice and scientific research –in order to uncover productive ideological and epistemological overlaps between the Arts and the Sciences. The symposium will feature artists who have been critically working with AI, machine learning, robotics, computational tools and other [then] emerging technologies before those were mainstream and corporate.

Instead of focusing on technological fetishism, early expressive AI from the late 1990s and early 2000s addresses complex sociopolitical issues. In historically marginalized contexts of experimental media practices, interactive AI prototypes have been developed and critically utilized by politically invested feminist artists such as Lynn Hershman Leeson (Agent Ruby, multimedia installation and web interface, 1998-2002; DiNA, network-based multimedia installation, 2004, and newer works) and Toni Dove (Sally or the Bubble Burst, DVD-ROM with voice recognition software, 2003, and newer works) to interrogate the relationship between technology, gender, surveillance, and socio-economic inequalities. Since the 1990s, collaborative, AI-oriented multimedia projects such as The Consensual Fantasy Engine (Paul Vanouse and Peter Weyhrauch, 1995) and Terminal Time (Steffi Domike, Paul Vanouse, and Michael Mateas, 1999-2000) contributed to new breakthroughs in documentary filmmaking and provide early examples of the now popular practice of i-docs (interactive documentaries). By challenging the freedom of choice and agency that interactive technologies promise to consumers, these and other AI experiments immerse their audience into critiques of democratic systems, techno-colonialism, racial debates, consumer profiling, data mining ethics, and complicit surveillance –issues that are now even more relevant and urgent.

By envisioning alternative trajectories for AI futures through past “futuristic” practices, the symposium objective is to reconfigure more inclusive and ethically informed paths for AI practice, machine learning, and algorithmic culture.

Organized and researched by NYU Cinema Studies professor Marina Hassapopoulou, as part of an International Research and Collaboration Award from the University of Cambridge’s Mellon Sawyer seminar “Histories of Artificial Intelligence: A Genealogy of Power.”

Register for the webinar 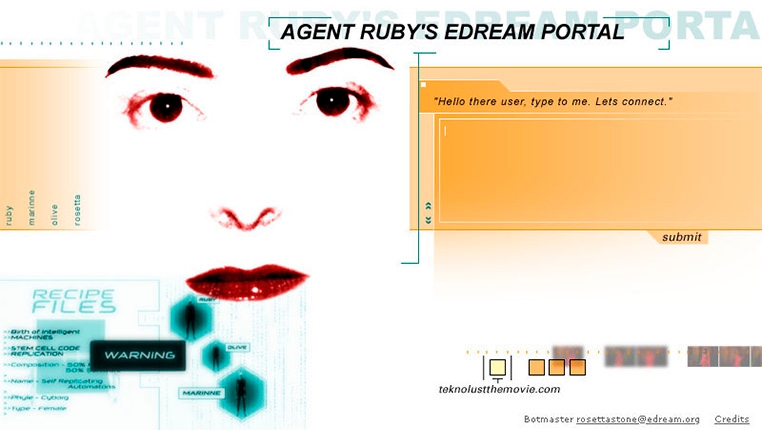 Over the last five decades, artist and filmmaker Lynn Hershman Leeson has been internationally acclaimed for her art and films. Cited as one of the most influential media artists, Hershman Leeson is widely recognized for her innovative work investigating issues that are now recognized as key to the workings of society: the relationship between humans and technology, identity, surveillance, and the use of media as a tool of empowerment against censorship and political repression. Over the last fifty years she has made pioneering contributions to the fields of photography, video, film, performance, artificial intelligence, bio art, installation and interactive as well as net-based media art. Lynn Hershman Leeson is a recipient of a Siggraph Lifetime Achievement Award, Prix Ars Electronica Golden Nica, and a John Simon Guggenheim Memorial Foundation Fellowship. In 2017 she received a USA Artist Fellowship,  the San Francisco Film Society’s “Persistence of Vision” Award and will receive the College Art Association’s Lifetime Achievement Award.

A retrospective of Lynn’s work, “Lynn Hershman Leeson: Twisted” will open at the New Museum in July, 2021. 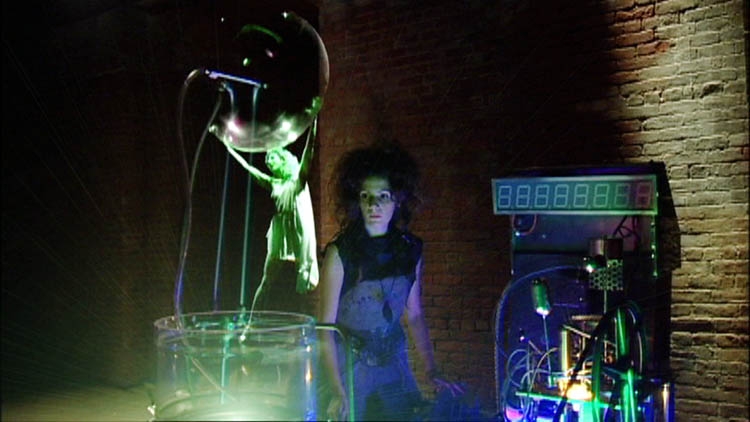 Toni Dove and Sally and the Bubble Burst

Toni Dove is a New York-based artist. Since the early 1990s, she has produced unique and highly imaginative embodied hybrids of film, performance and virtual reality. In her work, performers and participants interact with an unfolding narrative, using interface technologies such as motion sensing to “perform” on-screen avatars.

Presented in the United States, Europe and Canada as well as in print and on radio and television, Dove's projects include: Archeology of a Mother Tongue, a virtual reality installation with Michael Mackenzie, Banff Centre for the Arts. An interactive installation, Artificial Changelings, debuted at the Rotterdam Film Festival, part of the exhibitions: ‘Body Mécanique’ at the Wexner Center for the Arts, Ohio; at the Institute for Studies in the Arts at Arizona State University International Performance Studies Conference.

Her most recent project is an interactive cinema and robotics installation, The Dress That Eats Souls, that has been presented as part of a retrospective of Dove’s interactive work at The Ringling Museum in Sarasota Florida in 2018. 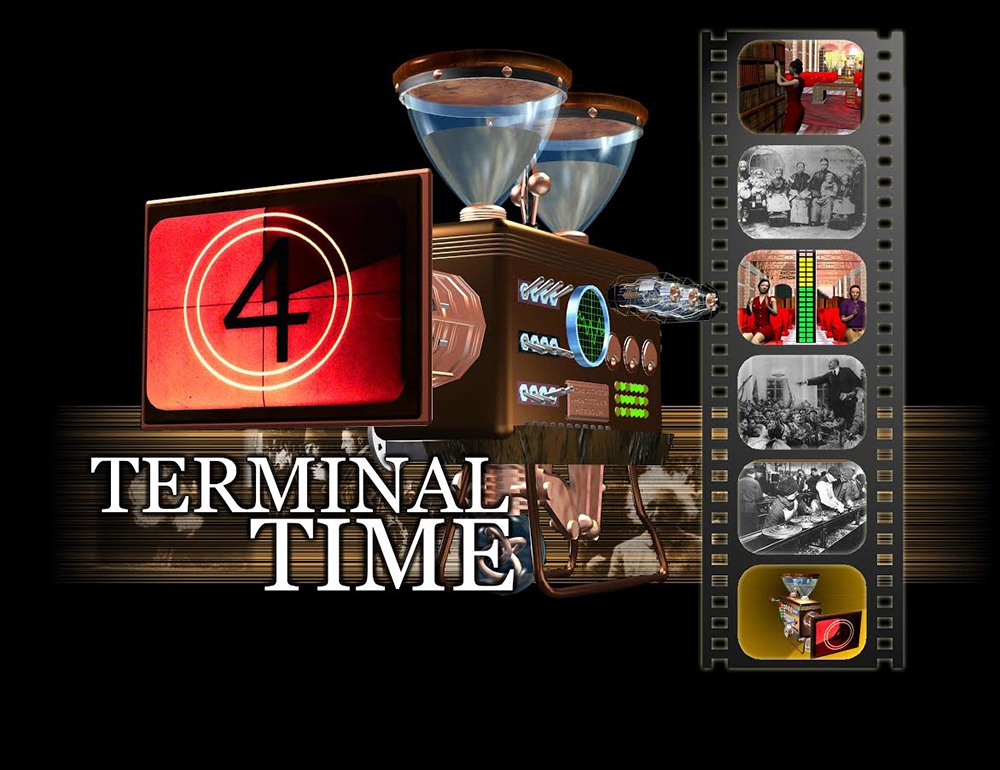 Paul Vanouse is an artist working in emerging media forms.  Radical interdisciplinarity and impassioned amateurism guide his practice. Since the early 1990s his artwork has addressed complex issues raised by varied new techno-sciences using these very techno-sciences as a medium.  His artworks have included data collection devices that examine the ramifications of polling and categorization, genetic experiments that undermine scientific constructions of race and identity, and temporary organizations that playfully critique institutionalization and corporatization. These "Operational Fictions" are hybrid entities--simultaneously real things and fanciful representations--intended to resonate in the equally hyper-real context of the contemporary electronic landscape.

Marina Hassapopoulou is Assistant Professor in the Department of Cinema Studies, at Tisch School of the Arts, New York University (NYU). Her forthcoming book, Interactive Cinema: The Ethics of Participation and Collectivity in the Era of (Dis)Connection, focuses on cross-cultural participatory multimedia experiments at the intersection of cinema and technology, and develops new sociopolitical frameworks for spectatorship in the digital age. Alongside research and teaching, she is involved in open-access and non-profit initiatives that aim to create more inclusive and diverse opportunities for activist and creative tech practices within and outside the academia. She is the recipient of an International Research and Collaboration Award by the University of Cambridge, and this symposium is part of her proposed project to create more diverse and inclusive paths for AI creative and socially impactful practices.