This series of online book talks proudly presents three Cinema Studies alumni who completed their doctoral studies in the department in the past decade. Sangjoon Lee (Ph.d 2011), Shi-yan Chao (Ph.d 2013), and Debashree Mukherjee's (Ph.d 2015) recently published monographs are part of a new wave of trans-Asian film and media scholarship. The authors will share their experiences in the research and writing process, and the ideas and methods they built upon and creatively developed. They will also engage in dialogue with several leading scholars serving as respondents, as well as the audience. 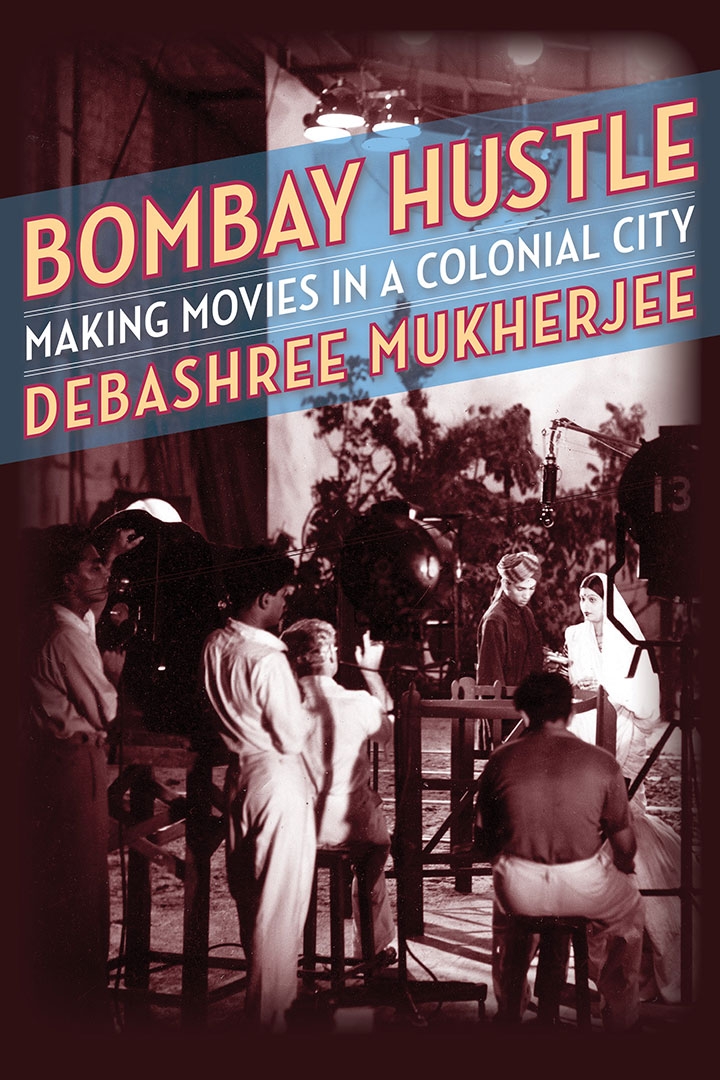 Cinema has been a crucial part of India’s cultural fabric since the early twentieth century, and it has grown to become a global phenomenon today. But the idea of cinema extends beyond what we see on screen; a dense network of ideas, practices and people is at play and is embedded within a history of modern India itself. Dr. Debashree Mukherjee’s recent book Bombay Hustle: Making Movies in a Colonial City is an ambitious history of these networks in Indian cinema, offering a portrait of the Bombay film industry during the talkie transition of the 1920s-1940s. The book draws on original archival research to explore what Mukherjee calls a ‘cine-ecology’, a definition of the cinematic universe that expands the idea of ‘industry’ to include the diverse energies, labour, technologies, desires, sites of production and modes of circulation that constitute the film world. At its core, the book seems to revisit the universal question: what is cinema? What can be made of cinema’s simultaneous status as an art form, industry, technology, and nostalgic infrastructure? What is its relationship with the social movements at work in a pre-Independent India?

Debashree Mukherjee is Assistant Professor of film and media in the Department of Middle Eastern, South Asian, and African Studies (MESAAS) at Columbia University in New York. Her first academic monograph, Bombay Hustle: Making Movies in a Colonial City, approaches film history as an ecology of material practice and practitioners. Her new project presents a media history of indenture and South-South migrations, spanning photography, communications infrastructures, and film traffic. Debashree edits the peer-reviewed journal BioScope: South Asian Screen Studies and has published in journals such as Film History and Feminist Media Histories. 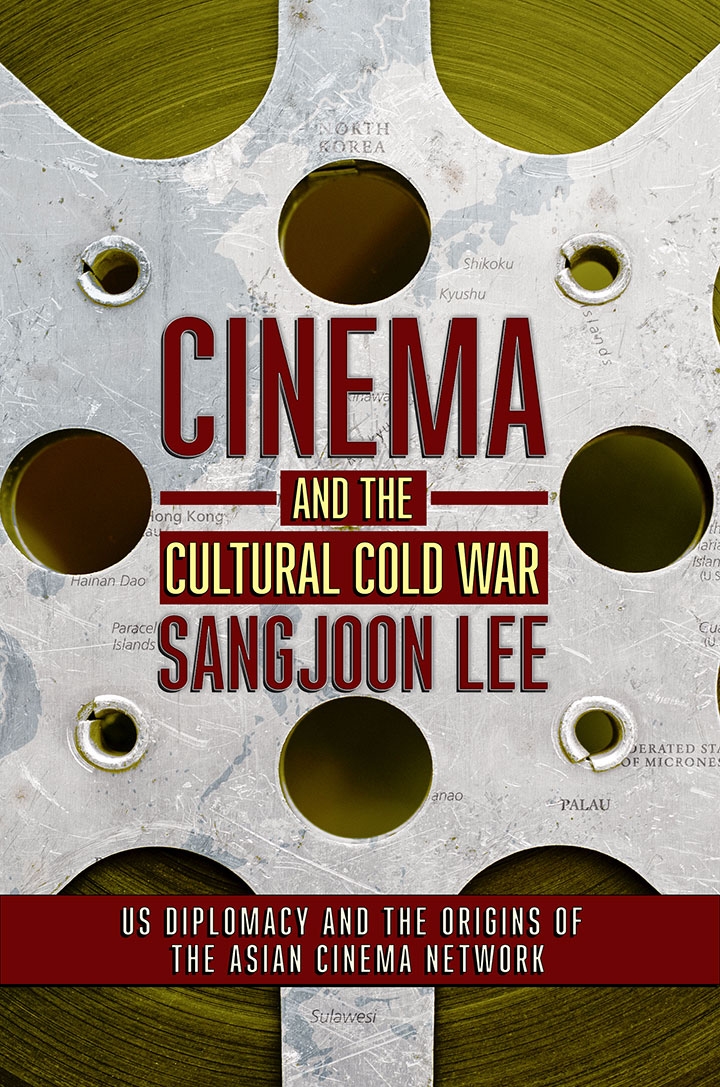 Cinema and the Cultural Cold War explores the ways in which postwar Asian cinema was shaped by transnational collaborations and competitions between newly independent and colonial states at the height of Cold War politics. Sangjoon Lee adopts a simultaneously global and regional approach when analyzing the region's film cultures and industries. New economic conditions in the Asian region and shared postwar experiences among the early cinema entrepreneurs were influenced by Cold War politics, US cultural diplomacy, and intensified cultural flows during the 1950s and 1960s. By taking a closer look at the cultural realities of this tumultuous period, Lee comprehensively reconstructs Asian film history in light of the international relationships forged, broken, and re-established as the influence of the non-aligned movement grew across the Cold War. Lee elucidates how motion picture executives, creative personnel, policy makers, and intellectuals in East and Southeast Asia aspired to industrialize their Hollywood-inspired system in order to expand the market and raise the competitiveness of their cultural products. They did this by forming the Federation of Motion Picture Producers in Asia, co-hosting the Asian Film Festival, and co-producing films. Cinema and the Cultural Cold War demonstrates that the emergence of the first intensive postwar film producers' network in Asia was, in large part, the offspring of Cold War cultural politics and the product of American hegemony. Film festivals that took place in cities as diverse as Tokyo, Singapore, Hong Kong, and Kuala Lumpur were annual showcases of cinematic talent as well as opportunities for the Central Intelligence Agency to establish and maintain cultural, political, and institutional linkages between the United States and Asia during the Cold War. Cinema and the Cultural Cold War reanimates this almost-forgotten history of cinema and the film industry in Asia.

Sangjoon LEE is an Assistant Professor of Asian cinema at the Wee Kim Wee School of Communication and Information, Nanyang Technological University in Singapore. Lee is the author of Cinema and the Cultural Cold War: US Diplomacy and the Origins of the Asian Cinema Network (Cornell University Press, 2020), the editor of Hallyu 2.0: The Korean Wave in the Age of Social Media (University of Michigan Press, 2015) and Rediscovering Korean Cinema (University of Michigan Press, 2019), and the guest editor of “Reorienting Asian Cinema in the Age of the Chinese Film Market (Screen, 2019), “The Chinese Film Industry: Emerging Debates” (Journal of Chinese Cinemas, 2019), and “Transmedia and Asian Cinema” (Asian Cinema, 2020). Lee is currently editing a third volume, The South Korean Film Industry, and writing a new book that will explore how South Korean cinema during the Cold War was influenced by the regional and trans-regional network with diasporic Sinophone cinemas of Hong Kong, Taiwan, Singapore, and Malaysia.

Dina Iordanova is a film historian whose work is dedicated to uncovering the important role that film festivals played in shaping film culture and their influence in the spheres of international relations and cultural diplomacy, particularly during the Cold War. Iordanova created and edited the series of Film Festivals Yearbooks and The Film Festival Reader (2013). She has published extensively on a variety of film festivals, mainly European and Asian ones, and has given keynotes and dedicated talks on the topic in more than twenty countries. She commissioned and published the work of authors working on film festivals, and organized numerous workshops and conferences. As part of her involvement with festivals, she served on the juries of some of the leading Asian film festivals, such as the Busan IFF (2014) and the Yamagata Documentary International Film Festival (2017). She is Emeritus Professor of Global Cinema at the University of St Andrews in Scotland and Honorary Professor at the University of Hong Kong.

Ross Melnick is Associate Professor of Film and Media Studies at UC Santa Barbara. He is the author of American Showman: Samuel ‘Roxy’ Rothafel and the Birth of the Entertainment Industry (Columbia University Press), co-editor of Rediscovering U.S. Newsfilm: Cinema, Television and the Archive (AFI/Routledge), co-founder of the Cinema Treasures website and book from MBI Publishing, as well as the author of numerous journal articles and book chapters. He was named an Academy Film Scholar and an NEH Fellow for his forthcoming book, Hollywood’s Embassies: How Movie Theaters Projected American Power Around the World (Columbia University Press), focused on the political, industrial, and cultural impact of Hollywood’s ownership of global movie theaters between 1923 and 2013. Melnick previously worked for Miramax, MGM, DreamWorks, and Sony Pictures, as curator of the collection at Museum of the Moving Image, postdoctoral fellow at Emory University, and assistant professor at Oakland University. 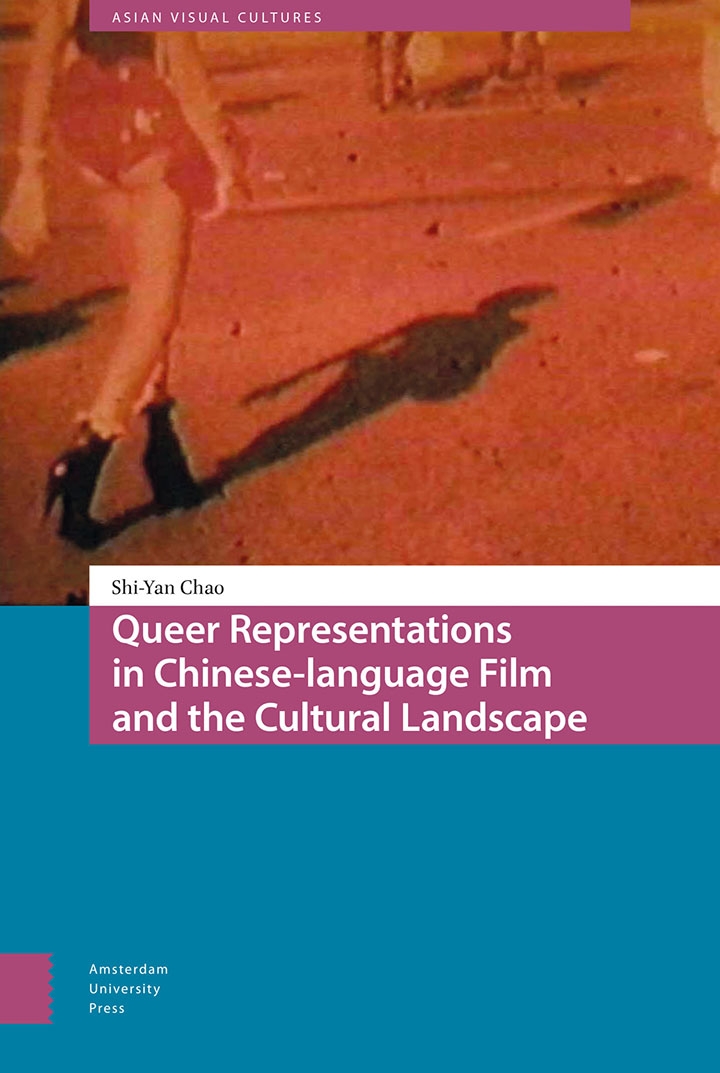 Queer Representations in Chinese-language Film and the Cultural Landscape provides a cultural history of queer representations in Chinese-language film and media, negotiated by locally produced knowledge, local cultural agency, and lived histories. Incorporating a wide range of materials in both English and Chinese, this interdisciplinary project investigates the processes through which Chinese tongzhi/queer imaginaries are articulated, focusing on four main themes: the Chinese familial system, Chinese opera, camp aesthetic, and documentary impulse. Chao’s discursive analysis is rooted in and advances genealogical inquiries: a non-essentialist intervention into the "Chinese" idea of filial piety, a transcultural perspective on the contested genre of film melodrama, a historical investigation of the local articulations of mass camp and gay camp, and a transnational inquiry into the different formats of documentary. This book is a must for anyone exploring the cultural history of Chinese tongzhi/queer through the lens of transcultural media.

Shi-Yan Chao is research assistant professor in the Department of Visual Studies at Lingnan University in Hong Kong. He holds a PhD in Cinema Studies from New York University, and was an INTERACT postdoctoral fellow at Columbia University. In addition to NYU and Columbia, he has also taught at Hong Kong Baptist University. His publications include Queer Representations in Chinese-language Film and the Cultural Landscape (Amsterdam University Press, 2020) and articles on transnational media, independent cinema, film history, creative/media industries, and vocal performance.

Helen Hok-Sze LEUNG is a Professor and Department Chair of Gender, Sexuality & Women's Studies at Simon Fraser University in Canada. She also co-directs SFU’s Institute for Transpacific Cultural Research. She has published widely on Asian cinema and queer culture and is the author of Undercurrents: Queer Culture and Postcolonial Hong Kong, Farewell My Concubine: A Queer Film Classic, as well as articles in journals including positions, Journal of Lesbian Studies, TSQ: Transgender Studies Quarterly, Urban Studies, and Inter-Asia Cultural Studies. Her current research includes a SSHRC-funded project on Transpacific Film Cities and an audio project on queer Asian cultural activism in Vancouver during the 2000s.