Messing with Archives: An Afrosurrealist Approach to Research 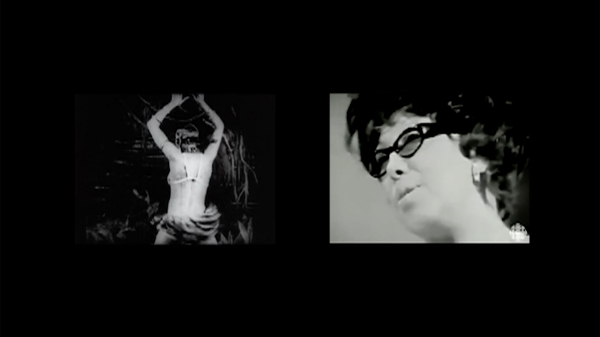 Messing with Archives: An Afrosurrealist Approach to Research

Inspired by Amiri Baraka’s idea of Afro-Surreal Expressionism, my videographic criticism explores the affective and methodological boundaries of traditional research on historical documents of the Black image. “Joséphine Baker Watches Herself” is a seven-minute videographic essay in which I have manipulated footage of Baker’s famous banana dance and other materials in order to position Baker as a commentator of her own work as she reflects on her career. The material is arranged in a way that implies that the older Baker of the 1970s watches the younger Baker of the 1920s. In my video, Baker becomes her own authoritative audience, watching and analyzing her work. In this way “Josephine Baker Watches Herself” reframes Baker as both spectacle and spectator. The American-born Parisian entertainer made a career of being a spectacle, particularly in the 1920s, when she performed at the Folies Bergère in a skirt of bananas. Yet, how often have we considered Baker as a spectator, as a thinker?

Free and open to the public. Limited seating available.