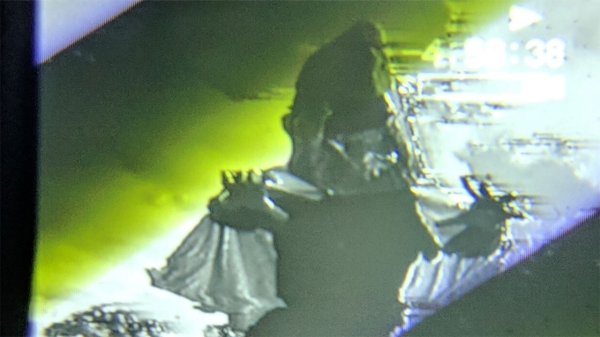 THE COLLOQUIUM FOR UNPOPULAR CULTURE presents:

In the mid-1990s, Kristen Gallerneaux attended Bealart, a full-time experimental public arts high school in London, Ontario, Canada. Founded in the late-1920s, the school promoted free expression and immersive self-motivated learning at the secondary school level - an environment that can be hellish for many. While a student, Gallerneaux specialized in analog film processes and made short pastoral horror movies. Forgotten in a basement box for over 20 years, these films and others were recently digitized and will be viewed for the first time during this talk, for better or worse. Other topics will touch on foundational influences linked to media histories: growing up a 1980s arcade, TV horror hosts, video diaries made in isolation, embracing the glitch, the exorcism of memories, and the anxiety of forgetting.

KRISTEN GALLERNEAUX is a Detroit-based writer and sound-based artist. At The Henry Ford Museum she is curator of technology and keeper of objects such as experimental televisions, prototype synthesizers, prison radios, and hacking devices. Essays about the hidden soundscapes of these artefacts - combined with stories about growing up Spiritualist - form the backbone of her recent book, High Static, Dead Lines (MIT/ Strange Attractor Press). She has presented her work at Unsound, Moogfest, and Pop Kultur, and writes for ARTnews and The Quietus. She holds an MFA in Art (Wayne State), MS in Folklore (U of Oregon) and PhD in Art Practice & Media History (UC San Diego)

THE COLLOQUIUM FOR UNPOPULAR CULTURE (est. 2007): falling and laughing....