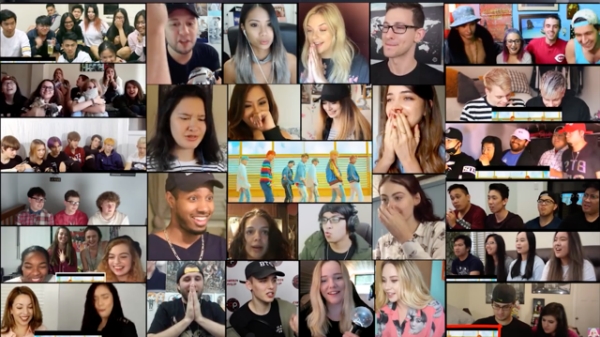 This talk addresses the proliferation of online vlogs that enact the spectacle of consumption in relation to ostensibly global popular culture. I consider reaction videos—videos in which viewers record reactions to other online videos, in a chain of serial reactions—as a signal case of a genre of media practice that I’m calling “vicarious media.” I argue that the category of vicarious media provides a heuristic for understanding Kpop fandoms and the modes of affective transmission that govern fan sociality. I will focus specifically on two types of vicarious media: video reactions to Kpop idols and the mukbang or broadcast eating video, another subgenre of reaction video’s documented acts of consumption. I seek to analyze South Korean popular entertainment media that endeavor to be maximally “spreadable,” and the ways in which such self-nominated “global” cultures can help us to reflect on the changing relationship between media consumption, publicity, and everyday life.

Michelle Cho is the Korea Foundation Assistant Professor of East Asian Studies and World Cinemas at McGill University. She’s published on Asian cinemas in The Korean Popular Culture Reader, Cinema Journal, and Acta Koreana, and on television, video, and pop music in Hallyu 2.0: The Korean Wave in the Age of Social Media, the International Journal of Communication, and Asian Video Cultures. She’s just completed a book on Korean genre cinemas of the new millennium, and is currently at work on a monograph on gender, media convergence, and the cultural politics of Korean wave popular cultures.