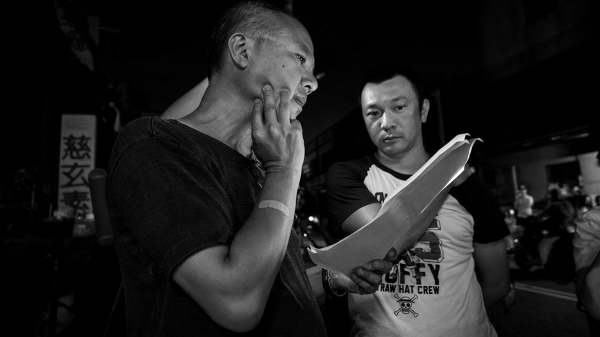 Presented by the Asian Film and Media Initiative

Director Huang Hsin-Yao presents a screening of his 2010 documentary Taivalu and his acclaimed short film The Great Buddha.

After a major flooding disaster caused by Typhoon Morakot in Taiwan the director visited Tuvalu, the first island nation to be submerged by the oceans once the sea level rises due to global warming. The filming process for Taivalu encountered a succession of unexpected events.

Huang’s latest work The Great Buddha+ (2017) has been hailed as “…a memorable debut from an uncompromising new voice in Taiwanese cinema.” See the short film that inspired the brilliant and hilarious Taiwanese satirical comedy that has been awarded at Taiwan Golden Horse Awards, Toronto International Film Festival, and Asian Film Awards, and will be screened as part of the Museum of Modern Art’s New Directors/New Films series.

Free and open to the NYU Community. NYU ID required.