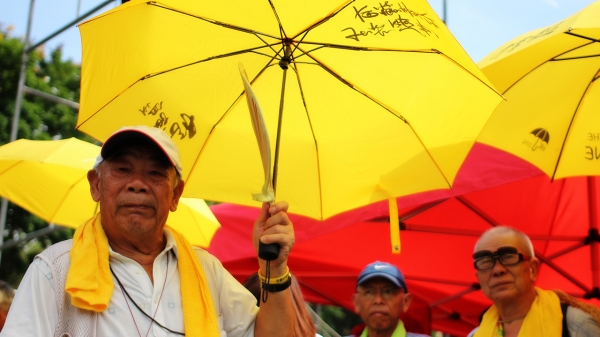 Film scholar Michael Berry has called Evans Chan陳耀成 (www.evanschan.com), “one of the most singularly innovative and diverse figures in the Chinese cultural world.” Chan is a New York-based critic, playwright, and one of Hong Kong’s leading independent filmmakers. He has made four narrative features and eight documentaries, including Crossings (1994), Journey to Beijing (1998), The Map of Sex and Love (2001), Bauhinia (2002), The Life and Times of Wu Zhongxian (2003), Sorceress of the New Piano (2004), and The Rose of the Name: Writing Hong Kong (2014), and Death in Montmartre (2018) Time Out Hong Kong (March, 2012) has named Chan’s directorial debut, To Liv(e) (1991), one of the 100 Greatest Hong Kong Films. His docu-drama about Kang Youwei, Datong: The Great Society, received the 2011 Chinese-language Movie of the Year Award, presented by Southern Metropolitan Daily, for “returning fuller memories and humanity to Chinese history.” He has adapted his Kang Youwei film into the libretto for Datong: The Chinese Utopia.  When presented in Hong Kong (2015) and London (2017), Datong was hailed as a “musically intriguing” (Financial Times) “major new opera… [resonant with] the chinese political climate today,” with “a witty” (Bachtrack) and “eloquent” libretto. (South China Morning Post)

Chan’s award-winning films have been shown at the Berlin, Rotterdam, London, Moscow, Vancouver, San Francisco and Taiwan Golden Horse film festivals, among others.