Postwar Tokyo: Reality and Imagination through the Camera 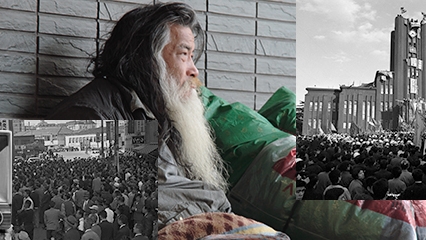 Postwar Tokyo: Reality and Imagination through the Camera

Tokyo developed out of the ruins of war into a sprawling city of 10 million people in only a quarter of a century. It was a process of change – from the capital of a military empire that once invaded East Asia to the subject of occupation by U.S. armed forces and further to an Olympic host and consumer city where young people enjoy economic “wealth.” It is important to know that this process of change was recorded in countless photographs, documentary films, TV programs and so on. In other words: visualized through the gaze of the camera, whether from/to the U.S. or from/to the Emperor. In this lecture, Shunya Yoshimi (University of Tokyo) will show a history of dynamic exchanges between the development of Tokyo and the diverse practices of visualizing its urban environment throughout the postwar era.

Shunya Yoshimi is Professor of Sociology, Media and Cultural Studies, Interfaculty Initiative in Information Studies at University of Tokyo.