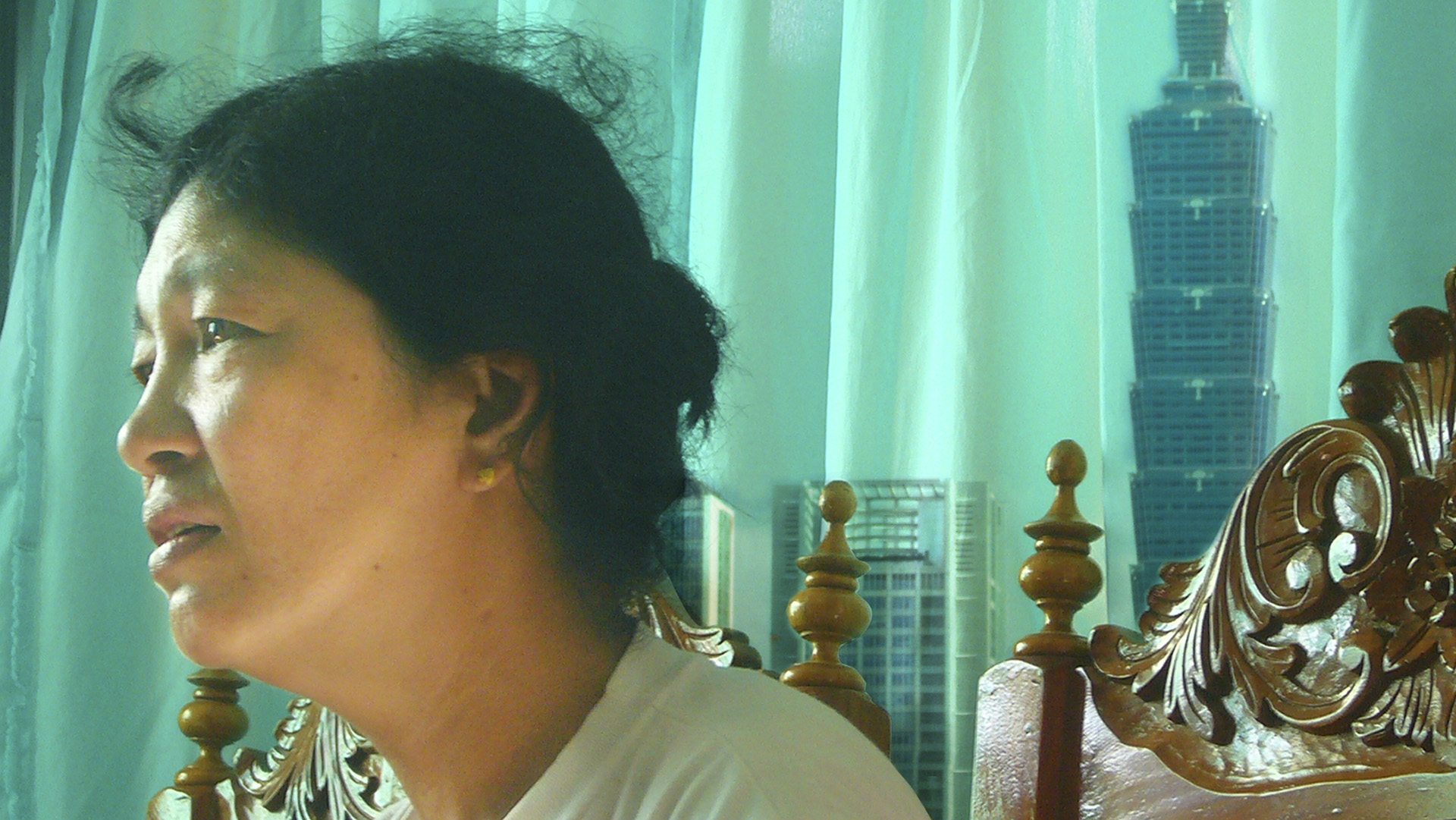 Honey, I am away to make money, because ― No Money, No Honey!

“Money and Honey” is a documentary about immigrant workers’ struggle between dreams and reality, spanning 13 years of filming in Taiwan and the Philippines. Living away from their loved ones, both the caregivers and the elderly residents in the nursing home suffer from homesickness. Stories of joy and sorrow take place between them. The Filipino caregivers sing a self-mocking song, "No Money, No Honey!" to comfort themselves. As mothers, these women know how to survive. But the road home seems longer. What price do they have to pay for love and livelihood? Will their dreams ever come true?

Screening followed by a discussion with the director, Jasmine Ching-Hui Lee (Associate Professor, Day-Yeh University) and a preview trailer of Lee's work in progress Come Back My Child.

Presented by the Asian Film and Media Initiative.

As an independent filmmaker for 20 years, Jasmine LEE conveys a keen awareness of gender, family and migration issues. She is currently an associate professor and Chairman of the Communication Arts at Taiwan's Da-Yeh University.

When Jasmine LEE's grandparents moved into a nursing home, she started exploring stories about Taiwanese elders and their immigrant caregivers. This motivated her to realize "the Homeland and Womanhood Documentary Series" which consists of six works, Where Is My Home? (1999), The Ballads of Grandmothers (2003), City of Memories (2007), My Dear Love (2008), Flying in the Darkness (2011), and Money and Honey (2015).

Jasmine LEE was selected as an outstanding Taiwanese director and was the first Taiwanese recipient of the Asian Network of Documentary Fund in 2008.

Jasmine LEE’s most recent documentary, “MONEY AND HONEY”, enjoyed a theatrical release in Taiwan and was selected by fifty international film festivals. In 2015, Taiwan's Ministry of Culture ranked the film as one of the best in the Taiwanese Film Toolbox program. This was subsequently distributed to over 100 countries to promote international art and cultural exchange.