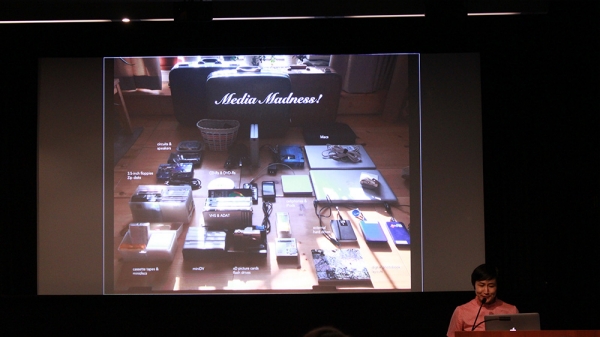 Students in the Moving Image Archiving and Preservation (MIAP) program will present their M.A. thesis projects, covering a wide range of topics such as home movies, bodycam video, and photochemical film preservation. All sessions will be held in the NYU Department of Cinema Studies at 721 Broadway, 6th Floor, in the Michelson Theater (Room 648) and will be open to the public. See below for a complete schedule and presentation descriptions.

9:30 AM - 10:30 AM
Frannie Trempe - A History of Standardization and Aggregation Efforts for Museum Metadata

Since the earliest days of the Museum Computer Network in the late 1960s, museum catalogers, archivists, and informatics specialists have worked to develop tools to work toward the widespread sharing of museum information. This thesis examines several of these initiatives, including the Getty’s Art and Architecture Thesaurus, OCLC’s Museum Data Exchange initiative, and the Visual Resources Association’s Cataloging Cultural Objects. Through discussions with key participants and analysis of long-term impact, this project aims to shed light on how the museum community today can utilize decades of past work in this field while harnessing current technologies in order to strengthen access to collections.

The preservation of American local television news has a precarious past. Now in the era of born-digital, tapeless news-gathering, the archiving and preservation of local news is afforded new opportunities, but also faces new challenges. This project looks at how present-day local news is collected and preserved at three distinct points of contact: on the individual station-level by the content-creating entities, by affiliated national news networks that repurpose locally-produced material, and by external archives that capture and save live local news broadcasts.

My thesis takes a close look at the current state of photochemical film preservation. Working from lists compiled by FIAF and Kodak, I will present the results of my conversations with tens of film archives and laboratories, in order to understand how and why the use of the traditional methods to preserve and restore celluloid film have declined over the last decade. This will include profiles of the major archives and laboratories still engaged in these practices; issues regarding the availability and discontinuation of film stock; and ideas regarding the ethics of film preservation and restoration through the digital intermediate processes in comparison to photochemical methods. I will present a brief history of film duplication for preservation and discuss the future challenges of photochemical film processes.

The portrayal of Latin@s in the media has been constructed by stereotypes that attempt to suppress their voice. This thesis will focus on home movies of Latin@s, primarily on Mexican-American/ Xican@ communities. These movies challenge, threaten and question stereotypes of  Latin@s because these are images of self-representation. This thesis will look at different collections of home movies, specifically looking at the content, film format, the year they were shot and the year they were acquired in a cultural institution. The thesis will also consider how this community is represented in metadata since Mexican-American, Latin@, Hispan@, and Xican@ are labels that connote problematic issues. The thesis will end with a case study on The Fuentes Collection of home movies, which has been added to the National Film Registry's list. After giving an historical background of the Fuentes family, I will discuss how they represent life in a border-town-space.

How do archives and collectors generate income from their audiovisual collections? Is there a sustainable model out there? Through investigation and exploration, this thesis will highlight the successes and challenges of monetization in the moving image archiving community. 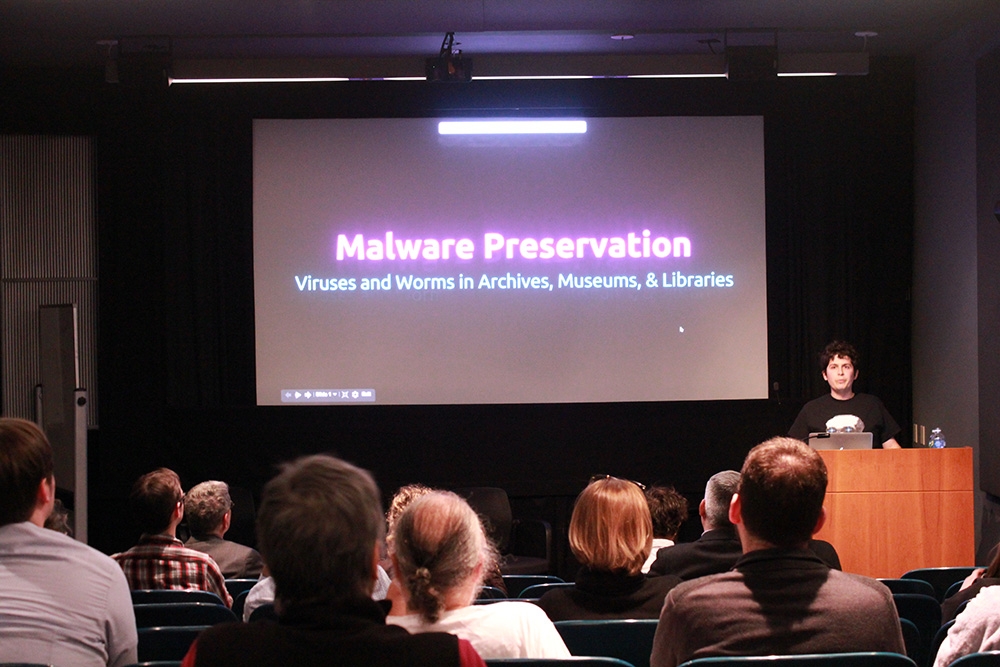 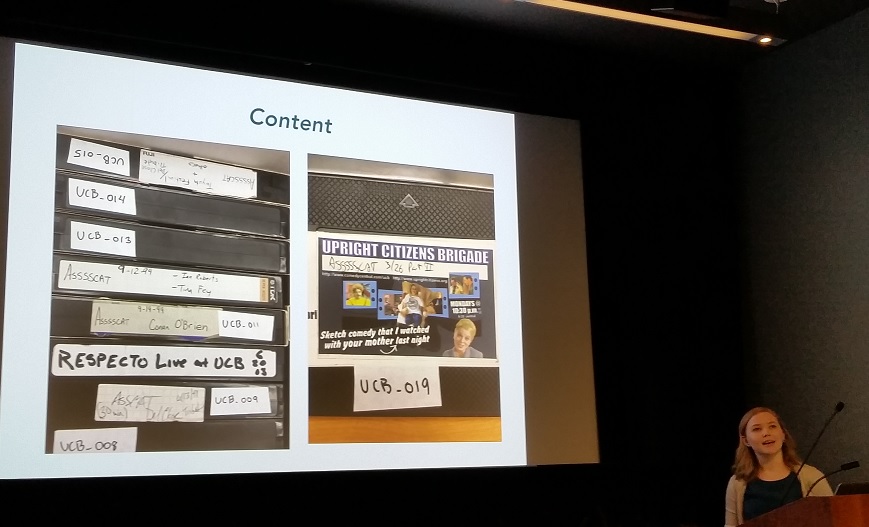 9:30 AM - 10:30 AM
Winnie Schwaid-Lindner - Bringing the American Television Radio Archive into the 21st Century

The Library of Congress established the American Television Radio Archive (ATRA) in the late 1970s to acquire and preserve broadcast media. This thesis is a chronicle and assessment of modernizing ATRA’s workflows and content types to reflect 21st century works, primarily through the use of live capture technology.

Families accumulate a wide array of artifacts, mementos, and souvenirs that hold a special meaning or reveal a truth about their past, but the longevity of these items is rarely considered when acquired. This project involves digitizing the audiovisual materials from the Helmstetter Family collection, while providing context through genealogical and historical research and highlighting significant family members and events. Further, the thesis explores the challenges of archiving and preserving mixed collections that include home movies, photographs, photo albums, or various other audiovisual items.

5:00 PM - 6:00 PM
Hannah Franklin - A Twenty-first Century Religion: The Use of Media by the Church of Scientology and Its Detractors

For my thesis, I will focus on the audiovisual materials related to the Church of Scientology. The Church has had its own production company, Golden Era Productions, since 1977, to promote and protect its very carefully created image. However, as technology has progressed, it has become more difficult for the Church to silence its detractors. Ex-members began sharing their experiences on the web, launching unprecedented investigations into the Church and leading to the increase in the creation and dissemination of victims’ testimonies; these oral histories offer rare and valuable insight into the Church’s alleged crimes and controversial practices.

Due to the complex and variable nature of time-based media installations, their conservation requires documenting background information from the artist who created it, as well as from those involved in producing their exhibition, in order to ensure the intent of the artist and the identity of each piece. Working with Amie Siegel’s Double Negative (2015), my thesis utilizes and examines models for time-based media documentation to chronicle the creation of each of its components (16mm film and HD digital video), the artist's installation specifications, and details from four exhibitions. Even though Double Negative was recently created, an audiovisual element used in its production is no longer manufactured, so I also explore preservation considerations for its audiovisual analog and digital elements.

In a society where recording and being recorded is commonplace, body-worn cameras are becoming an essential tool for police officers in their quest to better relations with the communities they serve. However this technology is not foolproof, and there are still many questions to be answered regarding privacy, access, and preservation of these videos. This research and presentation aim to explore such issues and how they are currently being addressed. 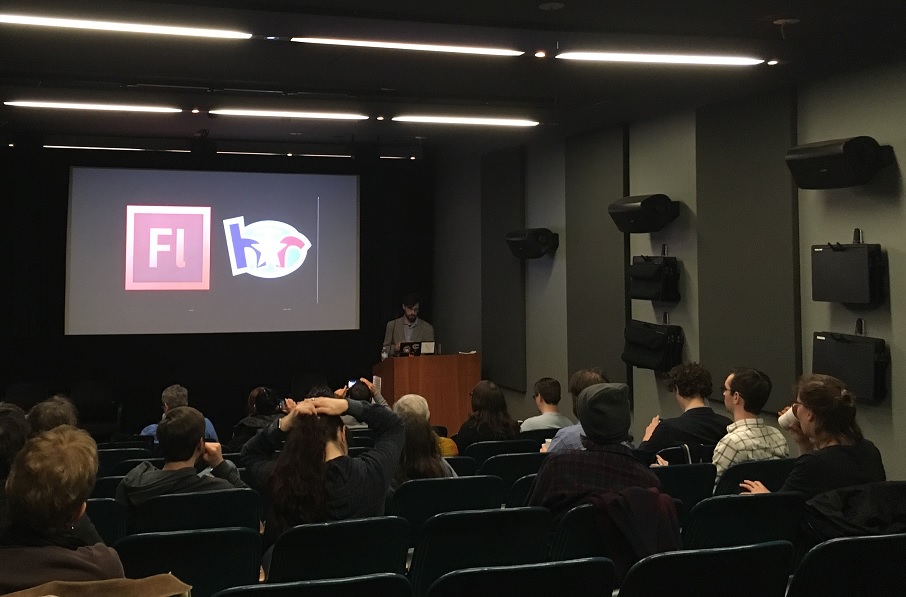