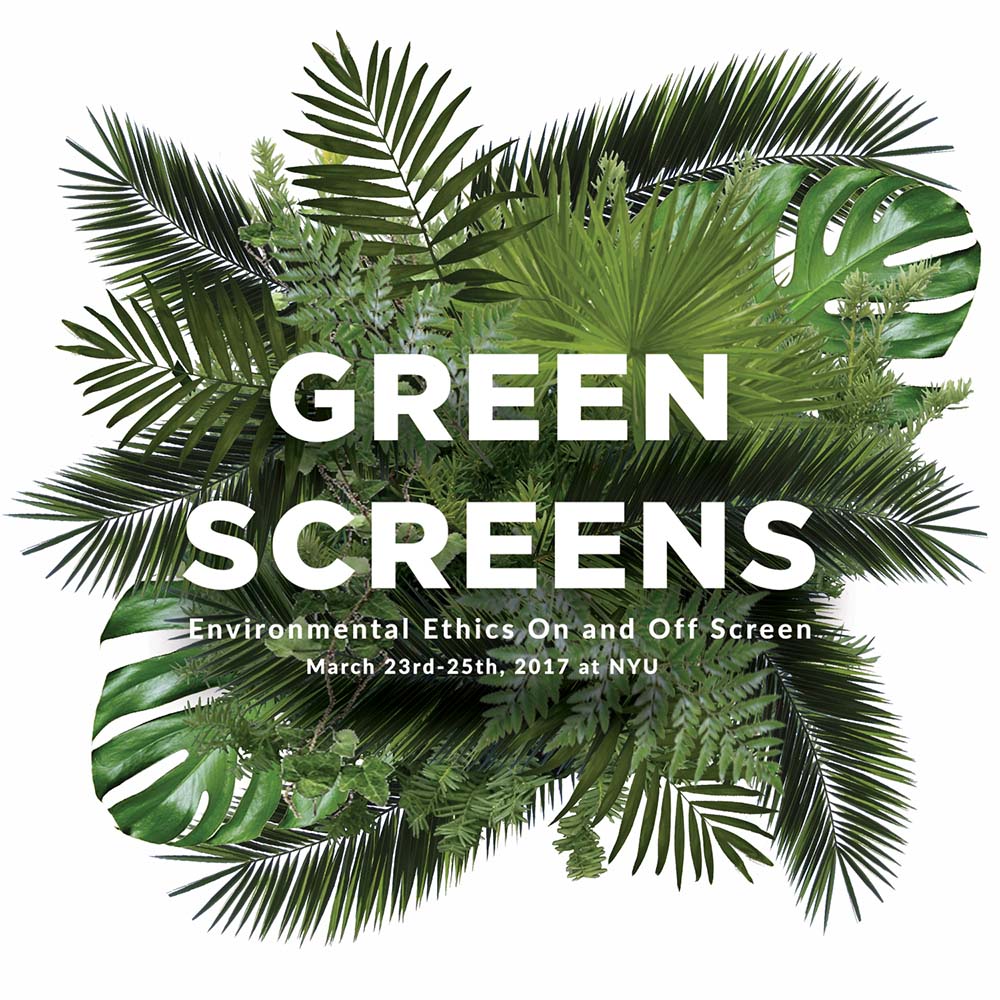 GREEN SCREENS: Environmental Ethics On and Off Screen, March 23-25 @ NYU

Green Screens is made possible by an NYU Green Grant From The Office Of Sustainability and a Visual Arts Initiative Award, New York University Arts Council

Events are free and open to the public but seating is limited. Seating is first-come, first-served.