The Cinema of (Coming) Attractions 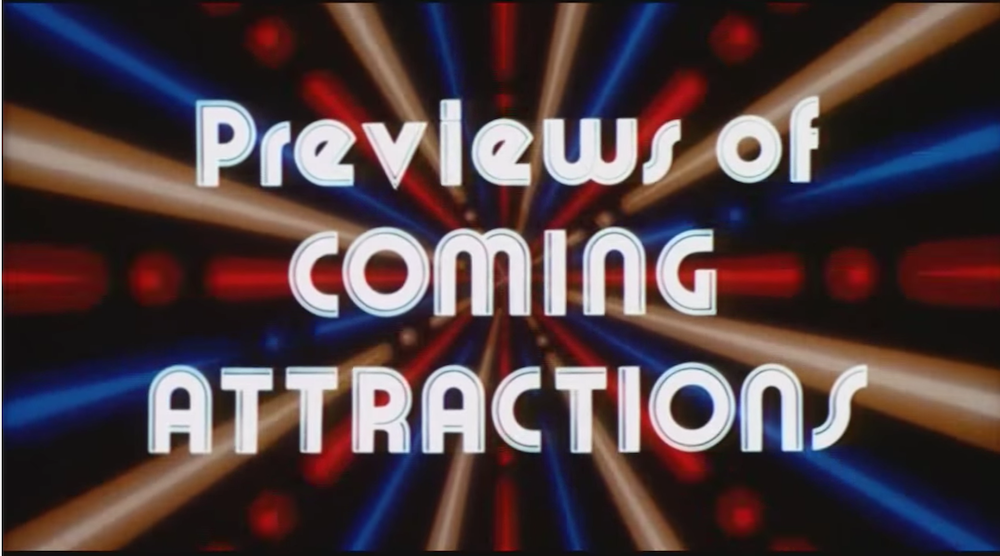 The Cinema of (Coming) Attractions: The Poetics of the Hollywood Film Trailer

“Coming attractions” previews have been a staple of the filmgoing experience for nearly a century. Only recently, however, have scholars begun to consider these promotional paratexts as an object of study in their own right. While it is tempting to dismiss these heavily standardized forms of advertising as crass commercial objects, trailers can be considered a pleasing mode of narrative unto itself, one that both reveals and playfully revels in its industrial self-reflexivity. Wearing its promotional address on its sleeve, trailers are vivid examples of how Hollywood conceives the wants and desires of its consumers, documents of the industry’s boastful pride in their own products. This inherent sense of salesmanship and showmanship has prompted Lisa Kernan to dub them a “cinema of (coming) attractions.”

Join Cinema Studies PhD Students Tanya Goldman and Alexander Davis for an evening that surveys the history and unexpected poetics of the Hollywood film trailer.