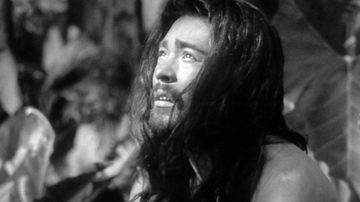 Beyond “Asian Extremes”: A Workshop on New Cinema Practices in Southeast and East Asia

Since the late 1990s, Asian film cultures have been largely shaped and transformed by independent film and media practices embedded in grassroots cultural initiatives, taking form as a wide-range of practices such as film/video productions, film festivals, artist-collective formations, knowledge dissemination, and archiving. A growing scholarship in film and media studies has identified the phenomenon within the rubric of “new independent cinema” in Asia, focusing on the roles of new media and digital technologies in enabling new modes of production and the filmmakers’ transnational trajectories in the global festival circuit. However, further exchanges of frameworks and experiences across the region are needed as we delve into the following questions: What keywords and concepts are useful to understand contemporary film and media practices in Asia and help us rethink pre-existing notions such as “independent film,” “Asian cinema,” or “transnational cinema”? How do we view film and media initiatives as social practice integral to local cultural networks, social movements, and political discourses, and what kinds of cultural and political interventions have been made? How have these new practices contributed to the representation of gender, sexuality, race, class, ethnicity, and religion? This workshop aims to foster dialogues between film and media scholars, practitioners, and activists from East and Southeast Asia to explore parallels, intersections, and future collaborations in the Trans-Asian context.

(All screenings and panels are open to the public)

Film description
Independencia (Philippines, 2009, 77 min), a film by acclaimed director Raya Martin, was screened in the Un Certain Regard section at the 2009 Cannes Film Festival. Set in the Philippines during the start of the American Occupation in the early 1900s, the film revolves around three generations of a family who flees the conflict in the city and tries to survive in the jungle. The visual style of Independencia evokes the mode of filmmaking during the era and serves as a metaphor for the mythical history and identity of the Philippines.

About the filmmaker
Raya Martin, born in Manila, 1984, makes fictional features, documentaries, shorts, and installations. Some of his well-known films are How to Disappear Completely (2013),Independencia (2009), and Autohystoria (2007).  His films have been shown in numerous festivals including Cannes, the Berlinale, the Locarno International Film Festival and the Toronto International Film Festival; a retrospective of his films has been screened in Paris, Buenos Aires, Mexico City, South Korea, Documenta (13) in Kassel, and the Museum of the Moving Image in New York.