I am Afro Greek: Black Portraiture in Greece 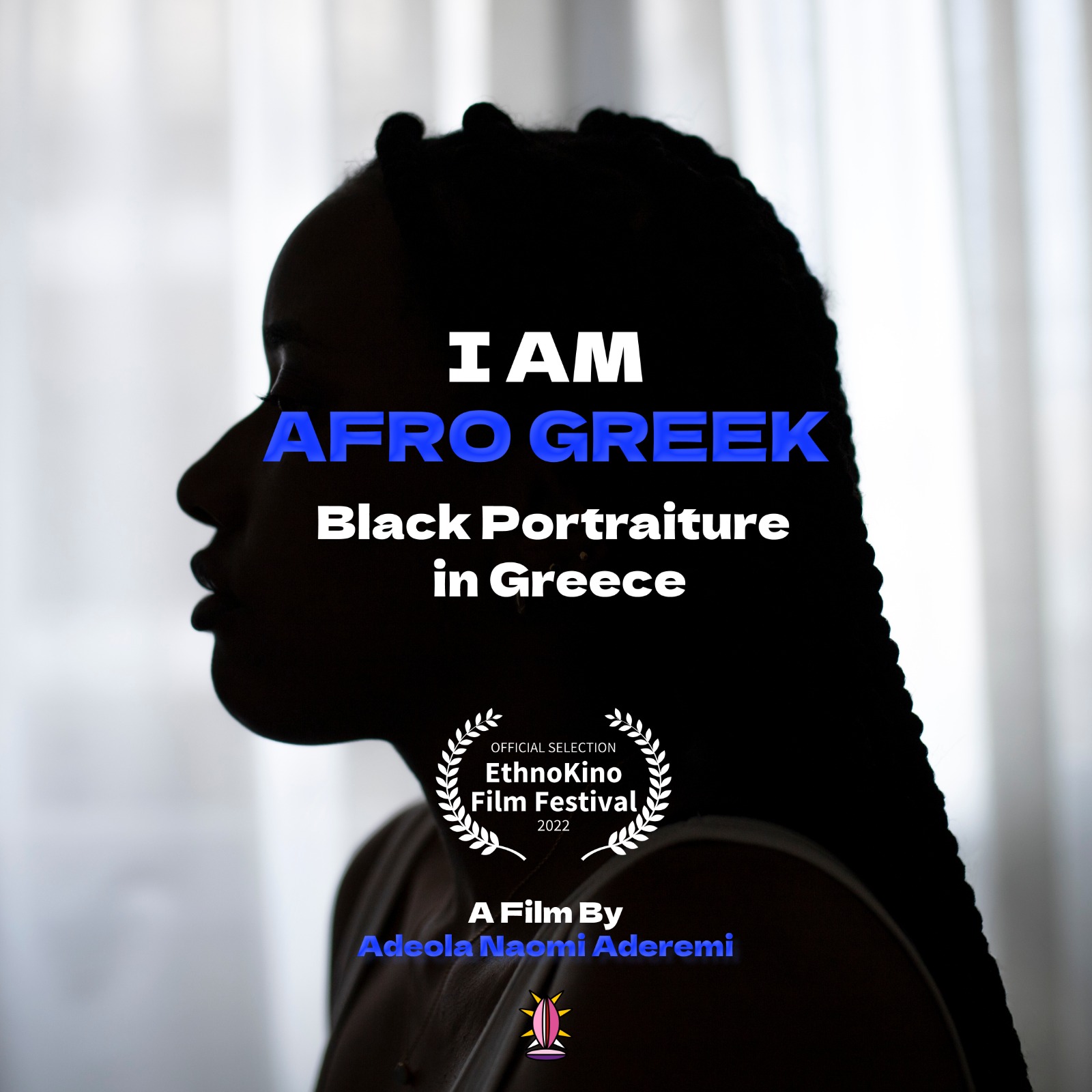 A conversation exploring "I am Afro Greek: Black Portraiture in Greece," a documentary by Adéọlá Naomi Adérè̩mí exploring the lack of visibility and inclusion of Greeks of African descent in the dominant narrative of Greece. This event is a Q&A with filmmaker Adérè̩mí moderated by Cinema Studies PhD Candidate Ifeanyi Awachie.

What’s in a nation, what constitutes a sense of belonging?

Adérèmí has been researching in her work the role of language in self-determination and identity. This prompted her to embark on an inquiry in 2017 of the term Afro-Greek, a newly discussed term that, belatedly, followed similar forms of self-determination from other Afro-Europeans.

In 2018 and before the global pandemic, Adéọlá Naomi Adérèmí, together with Jackie Abhulimen, interviewed several Afro-Greek citizens and denizens, discussing ideas of racism, identity, nation building and their views on the term itself, creating a film that the State of Concept was honoured to support.

It is with great pleasure that we present this film to the public, in a time when discriminatory speech, racism, and xenophobia are rising in Greek society, and after two years of a global pandemic, that has augmented in European and international level sentiments of nationalism.

The film will be available to view for free by all registered attendees from December 7 to December 13.

Adéọlá Naomi Adérè̩mí (she/her) is a multilingual, multilocal, AfroGreek, and multi-format artist, scholar, curator, filmmaker, and healer. She received her Master of Science in Public Health at Birmingham City University. She is the founder and editor-in-chief of Distinguished Diva. She utilizes the integration of holistic healing practices in policy spaces and culture, as well as uses modalities of care available on issues around Black women’s liberation, gender justice, women's health, and equal representation for voices of women of African descent in global media. Her work in various mediums has been featured in publications such as Women Under Siege, New York Times, Ms. Magazine, New Museum New York, Forbes, E-flux, Elle, and Vogue. In 2022, she premiered her debut documentary film on the lives and lived experiences of Greeks of Black African and Diasporic descent, I am Afro Greek: Black Portraiture in Greece.

Ifeanyi Awachie (she/her) is a Nigeria-born, Atlanta-raised writer, curator, and filmmaker. She is the writer and director of "This Thing Is Not for You" (2022), produced by WATZS Productions, LLC, which has screened at festivals in cities including New York and San Francisco. She is a creative director of FUNCTION UK, a gallery and practice at the intersection of art, fashion, and film, and founder of AFRICA SALON, a contemporary African arts festival. Ifeanyi previously worked as Assistant Curator at London’s Institute of Contemporary Arts. She has given talks and lectures and sat on panels at The New School, the Slade School of Fine Art, the Royal College of Art, SOAS University of London, Tate Modern, and the University of Groningen. Her writing appears in publications including Feminist Review and ASAP/Journal.