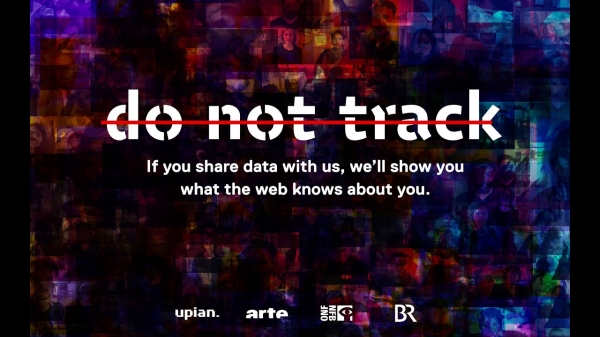 
Please join us for a virtual talk by Brett Gaylor.

Imposter Media is the documentary studio of Brett Gaylor. His recent releases are Fortune!, an AR documentary released at the 2021 Sundance Film Festival, and Discriminator, an interactive film that had its world premiere at the 2021 Tribeca Film Festival. His 2020 documentary The Internet of Everything broadcast in more than 20 countries and was nominated for a Canadian Screen Award. His interactive series Do Not Track is the recipient of the International Documentary Association award for best nonfiction series, the 2016 Peabody Award, and the Prix Gemaux for Best Interactive Series. His short OK Google animated a year of his son Rowan’s accidental voice searches and received the 2019 Webby Award. His 2009 feature Rip! A Remix Manifesto was the recipient of audience choice prizes at festivals from Amsterdam to South Africa, broadcast in 20 countries, and seen by millions of people worldwide on Netflix, Hulu and The Pirate Bay.