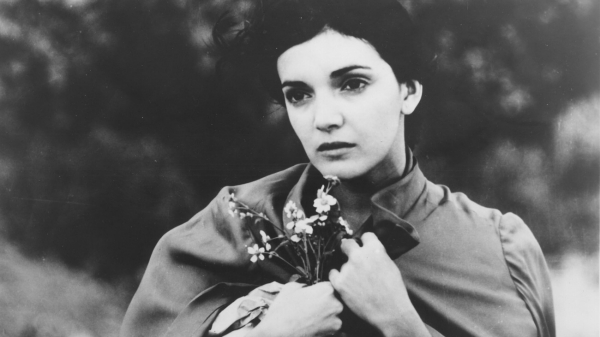 Depictions of Strike & Strife in Latin American Cinema looks to immerse itself in moments of revolution in Latin America to explore what cinematic rupture means during a time in socio-cultural trauma. Will the presentation of revolution, revolutionaries, strike, and strife elicit change and awareness upon a spectatorship? How does one manifest the voices of the marginalized? With this screening of Lucía (Humberto Solás, 1968), we look to moments of rupture, breaks in the canon of cinema that call for change in a manner similar to what Eisenstein, Marker and Chytilová did before.

Watch Lucía for free via Bobst Library (with NYU login) or The Criterion Channel.

Caitlin Díaz is a filmmaker, colorist, and archivist from the Rio Grande Valley, Texas. She currently lives in Pasadena, California working as an independent film colorist while continuing to make films, facilitate workshops, screening series, and shed light on forgotten histories through archival practice and projects. Her films have screened at festivals such as Another Experiment by Women (NYC), Strangloscope (Brazil), Festival Internacional de Cine en Guadalajara (Mexico) and the Oak Cliff Film Festival (Texas). Her work has also been programmed in group shows such as JUNTXS: A Border Arts Symposium (Dallas, TX, 2018) and Crossing Paths: Latina and Latin American Women Filmmakers in Los Angeles (Los Angeles, CA, 2017).  She was an Artist in Residency at the Echo Park Film Center in 2016. In 2019 she received the Mike Kelley Foundation for the Arts grant for an upcoming film about sacred spaces in Los Angeles.

Register for the event