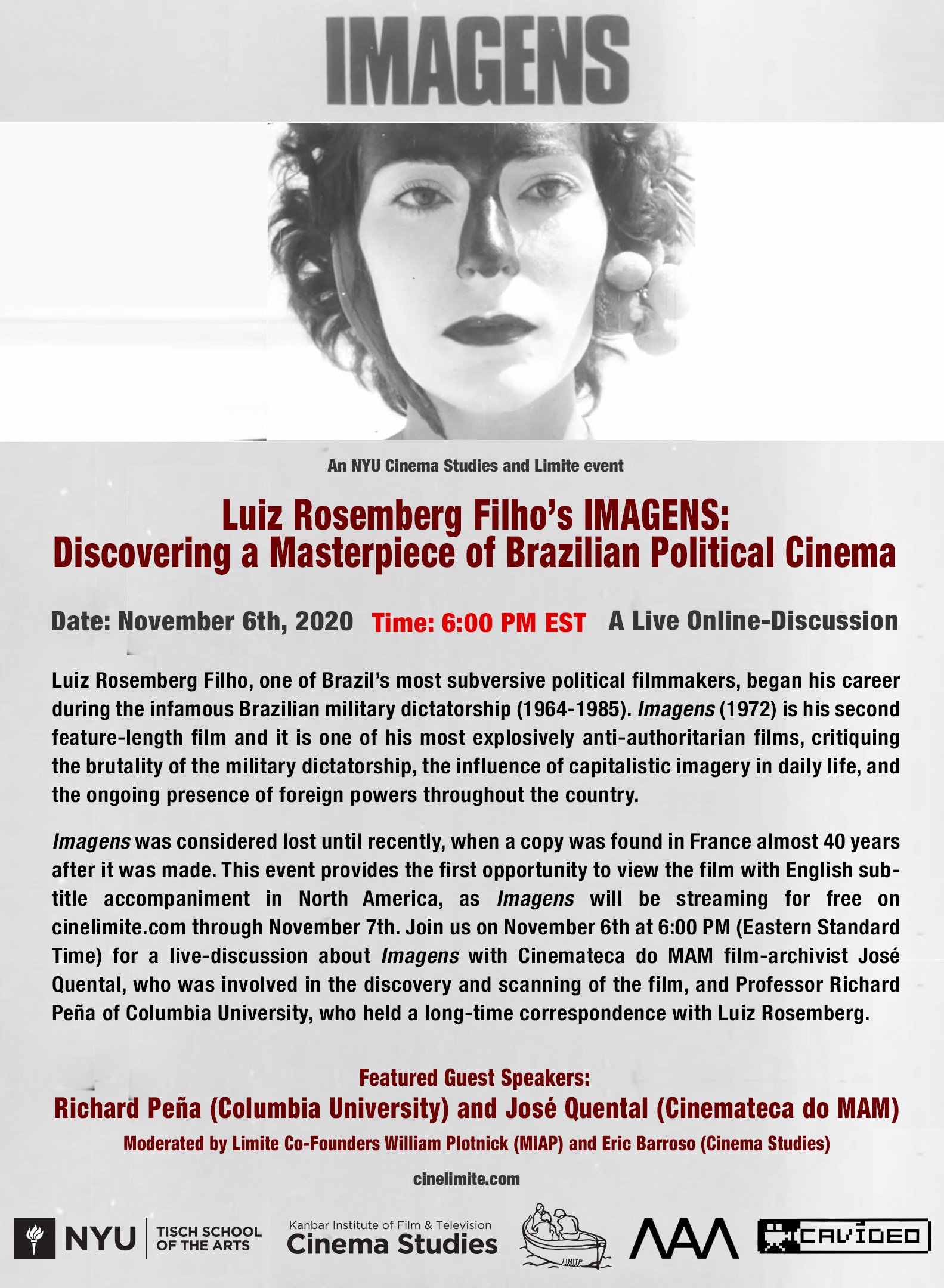 Luiz Rosemberg Filho, one of Brazil’s most subversive political filmmakers, began his career during the infamous Brazilian military dictatorship (1964-1985). Imagens (1972) is his second feature-length film and it is one of his most explosively anti-authoritarian films, critiquing the brutality of the military dictatorship, the influence of capitalistic imagery in daily life, and the ongoing presence of foreign powers throughout the country.

Imagens was considered lost until recently, when a copy was found in France almost 40 years after it was made. This event provides the first opportunity to view the film with English subtitle accompaniment in North America, as Imagens will be streaming for free on cinelimite.com through November 7th.

Join us on November 6th at 6:00 PM (Eastern Standard Time) for a live-discussion about Imagens with Cinemateca do MAM film-archivist José Quental, who was involved in the discovery and scanning of the film, and Columbia University Cinema Studies Professor Richard Peña, who held a long-time correspondence with Luiz Rosemberg.