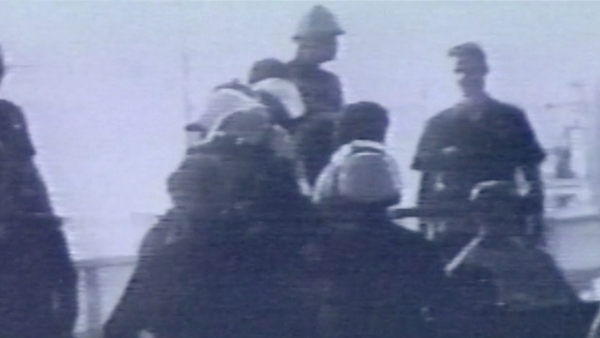 Following the long summer of protest against racist policing in the U.S. and beyond, we are gathering to discuss moving-image resistance practices with scholars, artists, and organizers working with community-based media activism.

When do you have the right to film the police? What are the best ways to document interactions with law enforcement in a safe and effective way? And what alternatives are there to reproducing images of violence and suffering?  These and other questions will be discussed by Palika Makam from the media activism organization WITNESS; Imani Jacqueline Brown, artist, activist, and researcher with Forensic Architecture; Portia Cobb, artist, professor, and director of the Community Media Project; and Erin Gray, assistant professor of Black Literary and Cultural Studies at UC Davis.

In addition, we will screen Cobb’s short experimental film “No Justice, No Peace! Young, Black, ImMEDIAte!” (1992), made in the wake of the Rodney King trial.

Dr. Erin Gray is a writer, educator, and activist currently living in occupied Huichin (Oakland, California). Erin is an assistant professor of Black Literary and Cultural Studies in the English department at UC Davis, where she writes and teaches at the intersections of critical theory and visual and performance studies to interrogate the aesthetic production of racist and anti-racist thought. Erin's current book project, The Moving Image of Lynching: Liberalizing Racial Terror in the Long Photographic Century, theorizes the co-emergence and continuing imbrication of lynch law and racial liberalism as constitutive elements of U.S imperial power. Her co-edited anthology, The Black Radical Tradition in the United States, is forthcoming from Verso Press in 2021. She has published essays in GLQ: A Journal of Lesbian and Gay Studies, Open Letter: A Canadian Journal of Writing and Theory, The International Feminist Journal of Politics, Truthout, and Viewpoint.

Palika Makam is a media activist and the US Senior Program Coordinator at WITNESS. She has produced video advocacy campaigns and trained activists all over the world – from Ferguson to The West Bank. At WITNESS, Palika leads the US immigration focused work with Eyes on ICE – a project dedicated to supporting directly impacted communities and allies to document abuses against immigrant communities and use video to fight deportations and advocate for immigrant rights. Prior to coming to WITNESS, Palika cofounded and ran The Babel Project – a nonprofit that teaches youth activists to use storytelling and documentary film to advocate for their communities and specific policy change. Media she helped produce has been used as evidence in human rights abuse court cases and in advocacy campaigns around education, police violence, and immigration reform. Films have been screened everywhere from The United Nations to high school classrooms. Palika is an Emerging Activist Fellow with the Social Change Initiative.

Portia Cobb is an Associate Professor, in the Department of Film, Video, Animation and New Genres, at University of Wisconsin-Milwaukee and Director of its Community Media Project, an arts incubator and workshop providing production training and access serving teens and young adults within Milwaukee’s central city. Her creative portfolio is a fusion of poetic documentary, photographic essay, and lore. She is deeply interested in themes that examine home, community, rooted identity, flight, flux, memory and forced forgetting. Current work has explored collective histories of place, and ongoing discoveries of her family’s (Gullah Geechee) genealogical heritage within coastal South Carolina.

Imani Jacqueline Brown is an artist, activist, and researcher from New Orleans, currently based in London. Her work investigates the continuum of Extractivism, which spans from settler-colonial genocide and slavery to contemporary gentrification, fossil fuel production, and police and corporate impunity. These investigations expose the layers of violence and resistance that comprise the foundations of US society and imagine a future of ecological reparations. Imani is a researcher with Forensic Architecture and an economic inequality fellow with Open Society Foundations. She received her MA from the Centre for Research Architecture at Goldsmiths, University of London, in 2019.