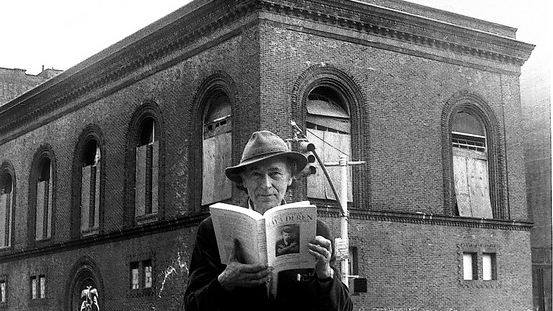 Conventional understanding of Jonas Mekas’ contribution to the art world places emphasis on his personal filmmaking. While the legacy of his films unavoidably matters, this event stresses the significance of Mekas’ active role as an institution builder and a creative administrator, as well as an active participant in the New York art’s scene and a pioneer of what we now call expanded cinema. Original and under researched use of sound in Mekas’ films will also be discussed.

The event is initiated by Lukas Brasiskis and organized in collaboration with the Department of Cinema Studies at NYU and The New York Baltic Film Festival in connection with the upcoming book on Jonas Mekas edited by Inesa Brasiske, Kelly Taxter and Lukas Brasiskis, to be published by Yale University Press in 2021.