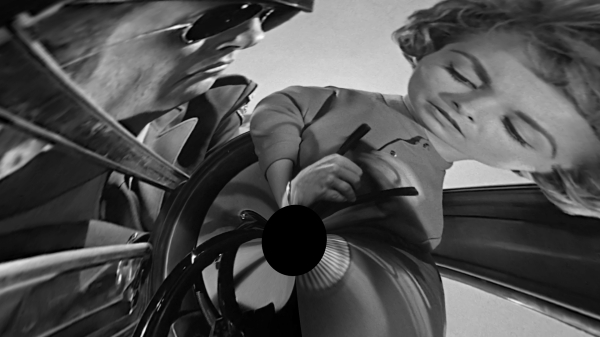 A widely screened film and video artist who has been working since the late '80s, Experimental Response Cinema is excited to host Gregg Biermann, who will be at NYU to present a survey of work he completed over the last decade. Often working with footage from Hollywood classics like The Wizard of Oz (1939), Rear Window (1954), North by Northwest (1959), and others, Biermann's work takes advantage of the possibilities of digital cinema to advance rigorous compositional strategies.

From the Artist: “My work comes out of the avant-garde tradition of film as visual art. Avant-garde cinema is an important and relatively young artistic project. While it maintains its scrappy integrity, and while many significant works have been created in subsequent decades, current practitioners have not fully moved out of the shadow of the prodigious 1960s and '70s. The development of new tools has often determined aesthetic innovations. Consequently, I've looked to new technologies to discover vast unspoiled frontiers no longer available to small gauge filmmakers interested in exploring cinematic form. Most of these works could not have been achieved in earlier periods and are deeply rooted in digital technology. The meaning of digital technology lies in its ability to copy, alter, mask, fragment, super-impose, mutate, reflect, transmit and reframe.”