A Willing Suspension of Disbelief: Three Films by Christopher Harris 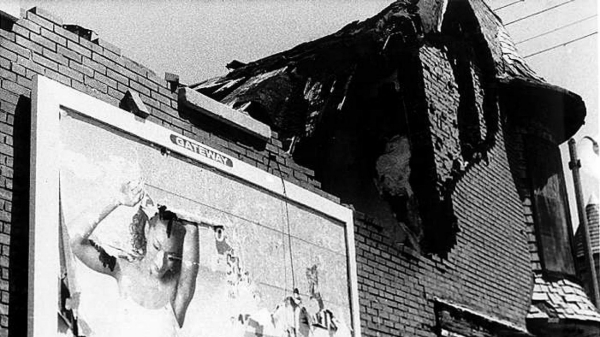 A Willing Suspension of Disbelief:
Three Films by Christopher Harris

Christopher Harris is an experimental filmmaker whose work both utilizes and subverts the grammars of documentary and narrative cinema, in pointed explorations of African American historiography and black aesthetics. In a wide-ranging practice across analog and digital — including meditative observational films, surrealist re-workings of archival material, multi-channel installations, and pinhole films — Harris painstakingly grapples with “what it means to work, observe, and think, as an artist, living between the ideals of American happiness and the realities of American inequality” (Terri Francis, Film Quarterly).

The three films in this screening demonstrate the playfulness of his formal experimentation as much as the seriousness of his engagement with the politics of place, race, history, and cinema itself. Reckless Eyeballing (2004, 14 min) gazes back at D.W. Griffith’s The Birth of a Nation; the voice of Zora Neale Hurston is transformed into visual jazz in Halimuhfack (2016, 4 min); and still/here (2001, 60 min) is an elegiac rumination on loss, memory, and the remnants of once- vibrant African American neighborhoods in St. Louis, Missouri.

Christopher Harris is a filmmaker whose films and video installations read African American historiography through the poetics and aesthetics of experimental cinema. His work employs manually and photo-chemically altered appropriated moving images, staged reenactments of archival artifacts, and interrogations of documentary conventions. He has exhibited widely at venues throughout North America and Europe, including the Gene Siskel Film Center, Wexner Center for the Arts, San Francisco Museum of Modern Art, Art Institute of Chicago, Ann Arbor Film Festival, International Film Festival Rotterdam, and Vienna International Film Festival, among many others. Harris is the recipient of a 2015 Creative Capital grant and a 2017 Alpert/MacDowell Fellowship.