The Magic Lantern: A History and Demonstration 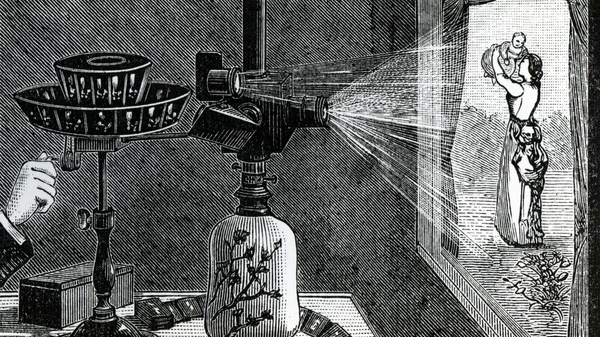 The Magic Lantern: A History and Demonstration

Joel Schlemowitz is an experimental filmmaker based in Brooklyn who works with 16mm film, shadowplay, magic lanterns, and stereographic media. His first feature film, 78rpm, is an experimental documentary about the gramophone. His short works have been shown at the Ann Arbor Film Festival, New York Film Festival, and Tribeca Film Festival and have received awards from the Chicago Underground Film Festival, The Dallas Video Festival, and elsewhere. Shows of installation artworks include Anthology Film Archives, and Microscope Gallery. He teaches experimental filmmaking at The New School and was the Resident Film Programmer and Arcane Media Specialist at the Morbid Anatomy Museum. www.joelschlemowitz.com