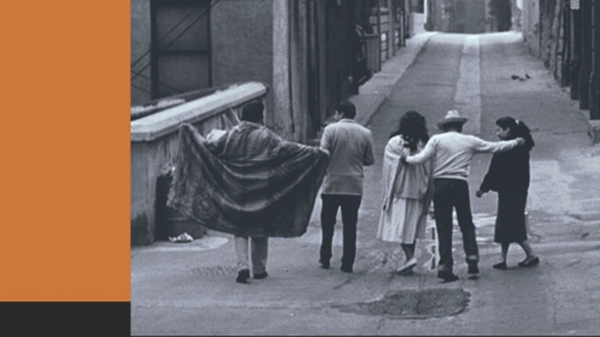 While the 1960s–1970s is often considered a galvanizing time for American documentary, scholars and critics tend to concentrate on the New York and Boston-based direct cinema of Robert Drew, the Maysles brothers, Ricky Leacock, and D.A. Pennebaker. Los Angeles is more commonly associated with Hollywood fiction as well as an experimental cinema scene. Drawing on his recently published book, Los Angeles Documentary and the Production of Public History, 1958–1977 (Univ. of California Press 2018), Joshua Glick will discuss how the city emerged as a hub for nonfiction media, one in which documentarians working between the election of John F. Kennedy and the Bicentennial created conflicting visions of the recent and more distant American past.

Examining a wide range of primary and secondary sources, Glick will explore the theatrically released films and television programs of Hollywood documentarians such as David Wolper and Mel Stuart, along with lesser-known independents and activists such as Kent Mackenzie, Lynne Littman, and Jesús Salvador Treviño. While the first group reinvigorated a Cold War cultural liberalism, the second group advocated for social justice in a city plagued by severe class stratification and racial segregation.

Joshua Glick is Assistant Professor of English and Film & Media Studies at Hendrix College and a member of Summer Session Faculty at Columbia University. His research and teaching interests are focused on documentary, race and popular culture, social movements, and emerging media.