Film Series: Martial Law and After 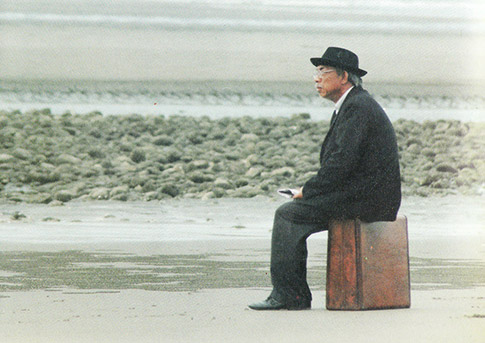 Martial Law and After: Reflection of the 30th Anniversary of the End of the Martial Law in Taiwan Cinema

This year marks the 30th anniversary of the lifting of Martial Law and Taiwan’s march toward democracy. Now is the right time to reveal “those who were left” and “those who come later” in films. Films chosen for this program cover the past three decades of Taiwan cinema and reflect upon those whose lives are directly or indirectly affected by the Martial Law and its passing.

Co-sponsored by the Taipei Cultural Center in New York, Ministry of Culture, Republic of China (Taiwan) and the Asian Film & Media Initiative in the Department of Cinema Studies.

For more information about the series, and related screenings, click here.

Suspected of being a leftist, KO spent around 30 years in prison and institutions, always obsessively worrying about the fate of his best friend CHEN executed in the 1950s. Soon after his release, KO goes in search of the truth and a part of himself. Only when he learns the truth is he able to pay his respects.

A 17-year-old high school girl, TIAN Meng-Shu, falls in love with a Japanese-educated physician, TIAN Chao-Ming, who is 16 years her senior. Little did the fearless young lady know that their lives over the next 60 years would closely follow the thread of Taiwan’s post-World War II political history. The couple bravely face insurmountable obstacles to fight for Taiwan’s democratic and human rights movements under Martial Law.

*Followed by a Q & A with the curators

Free and open to the public. There will be a light reception between screenings.