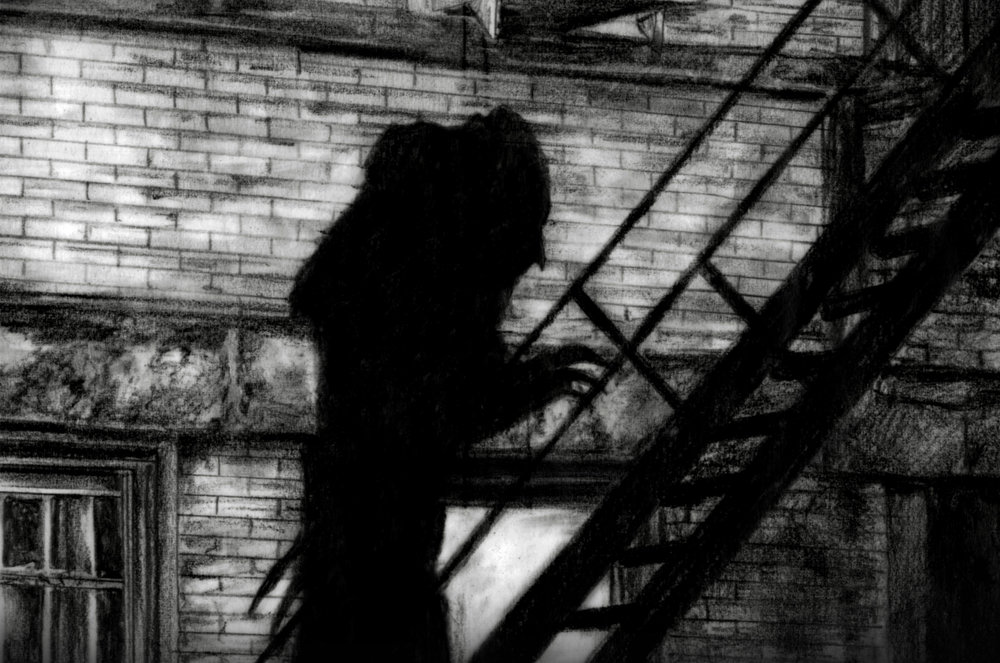 Screening of “NYSFERATU | Symphony of a Century” followed by a conversation: ‘Our Vampires, Our Selves: Immigrants, Desire, Fear’ with filmmaker Andrea Mastrovito and NYU religious studies scholars Simran Jeet Singh and Angela Zito.

More Art is working with artist and filmmaker Andrea Mastrovito to create NYsferatu: symphony of a century, an ambitious public art project that combines film, music, and community engagement to create a powerful and poignant statement about immigrant rights in today’s world.

F. W. Murnau’s 1922 silent classic Nosferatu, gets re-animated as an allegory for the immigration crisis today. The story of Dracula - depicted in Nosferatu - is historically told from the perspective of the insider and never of the other. Now set in NYC, NYsferatu flips the script, creating a platform for our immigrant neighbors to tell the story of how xenophobia affects them and how common perceptions are all too often harmfully inaccurate.

NYsferatu features 35,000 hand drawn images from Murnau's film, as well as intertitles that were created by classes of ESL learners in the city, and a new score by local musicians.

In collaboration with More Art NYC. Co-sponsored by the The Center for Religion and Media and the Department of Cinema Studies.

Free and open to the public. RSVP at info@moreart.org

RSVP does not guarantee admission – first come, first seated.  Doors open 5:45pm and guests must queue outside the facility.