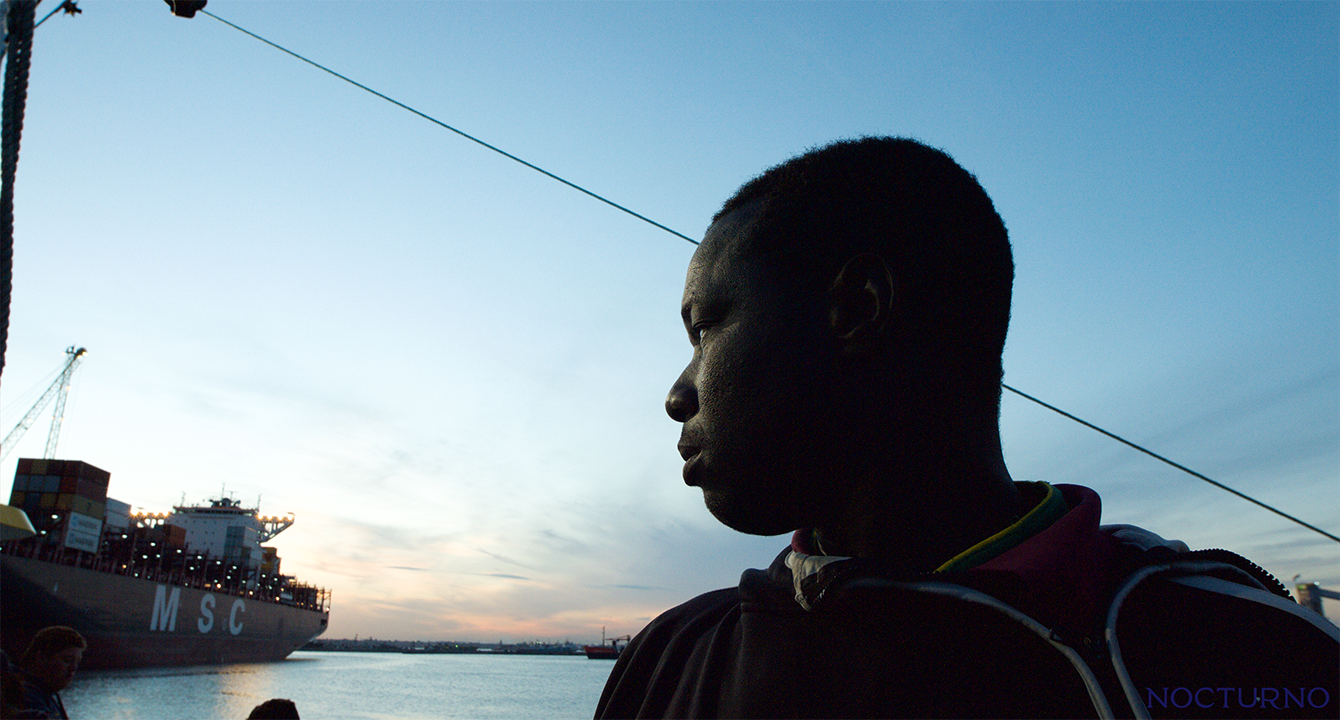 Q&A with the Director and Carlos Gutiérrez, Cinema Tropical

After more than two months exposed to the harsh conditions of the South Atlantic, the Ilha Brava docks for merely 120 hours on pier AG12 of the Port of Montevideo, Uruguay. A rusty and small, but stoic vessel of Portuguese flag carrying men from Senegal, Indonesia and commanded by Galicians, whose frozen bowels are filled with innumerable shark bodies, with their fins cut off and stacked into heavy bricks. As if we were a breathing ghost we navigate through the crew's routine of lifting heavy shark torsos, obsessively cleaning every corner of the ship and devouring copious quantities of spiced food; but also encountering moments of solitude where a life lived at a distance during too many years chases these men through incoming WhatsApp images, Facebook messages and unstable Skype calls. All memories turn into abstractions, mermaid songs for these men devoid of a clear idea of home, landless and adrift, praying to relics existing within cellular devices, which act as a way of communicating between each other and allow for the dream of home to grow, not needing to confront the disappointment of arriving to an undesired port they will leave fast enough to sleep again into the deep and dark chasms of this South Atlantic they inhabit.

Nocturno: Ghosts of the Sea in Port is a frontier fiction investigating the emotional dimensions of sailors in limbo, a typology mirroring the reality of the contemporary subject, also trapped in transit between worlds, never able to reach either one of them.