The Strangled Sea - a screening and discussion 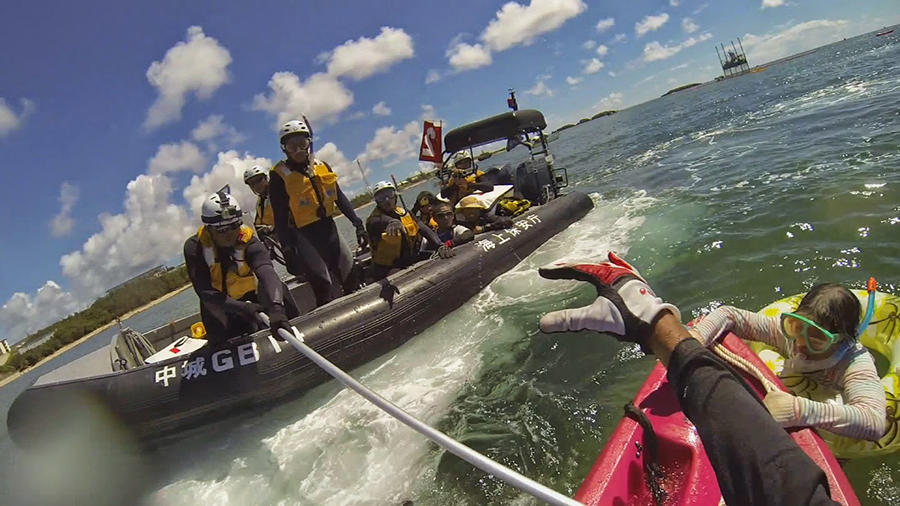 A Screening and Discussion

The Strangled Sea
2015, Japan, 109 minutes, in Japanese with English subtitles

July 2014. The construction of the infamous U.S. military base finally began in the sea of Henoko, Okinawa. We haven't listened to countless"No"s Okinawan people have said aloud. We haven't seen how they used up the last string of democratic methods to protest the base. We only know for sure that both Japan and US governments have never attempted to listened to the voice of Okinawa.

The Strangled Sea captures how the government of Japan, behind the shields of the local/state police and coast guards, forcibly proceeds the construction while violently cracking down on protesters. Nearly eighty state-operated vessels fill the sea of Henoko to surveille and suppress. Facing the fangs of state power, the elders of Okinawa recall the Battle of Okinawa (WWII) and how today’s repressive regime resembles the murderers that landed on the same island 70 years ago.
The fight continues under the sizzling sun, in the rain before storms. On the sea, in the street, in front of the construction trucks. Okinawans are not giving in. Is Japanese government going to murder the will of Okinawa again? Or would it be stopped? Whose sea does Henoko belong to?