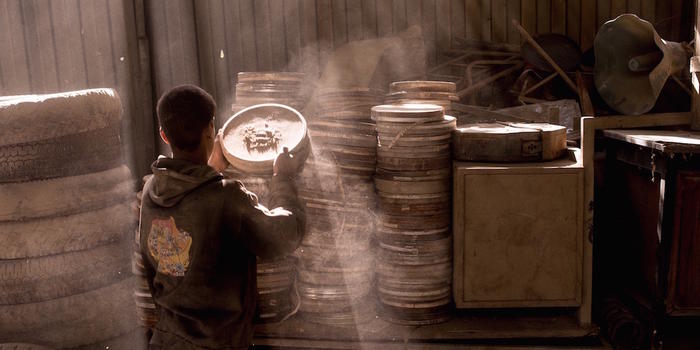 A FLICKERING TRUTH by Pietra Brettkelly
US Premiere | Director in Attendance

NYU's Moving Image Archiving and Preservation (MIAP) Program is happy to co-present this powerful account of how a nation's film heritage has survived a century of war.

Afghanistan has a long and complex relationship with cinema. Because of the art form’s association with Western culture, the Taliban regime attempted to destroy the nation’s existing collection of films. A Flickering Truth (2015, 91 minutes) tells the story of three brave Afghan cinephiles who hid thousands of hours of film footage that would otherwise have been lost forever.

Co-presented by Rooftop Films, the Afghan American Artists and Writers Association, and NYU's Moving Image Archiving and Preservation (MIAP) Program as part of the 2016 Margaret Mead Film Festival. This year's festival will honor our colleague Faye Ginsburg, professor of anthropology at New York University and founder of the NYU Center for Media, Culture and History. Professor Ginsburg helped establish NYU's Graduate Certificate Program in Culture and Media, which is jointly offered by the Departments of Anthropology and Cinema Studies.