Pasolini's Body: a screening and discussion 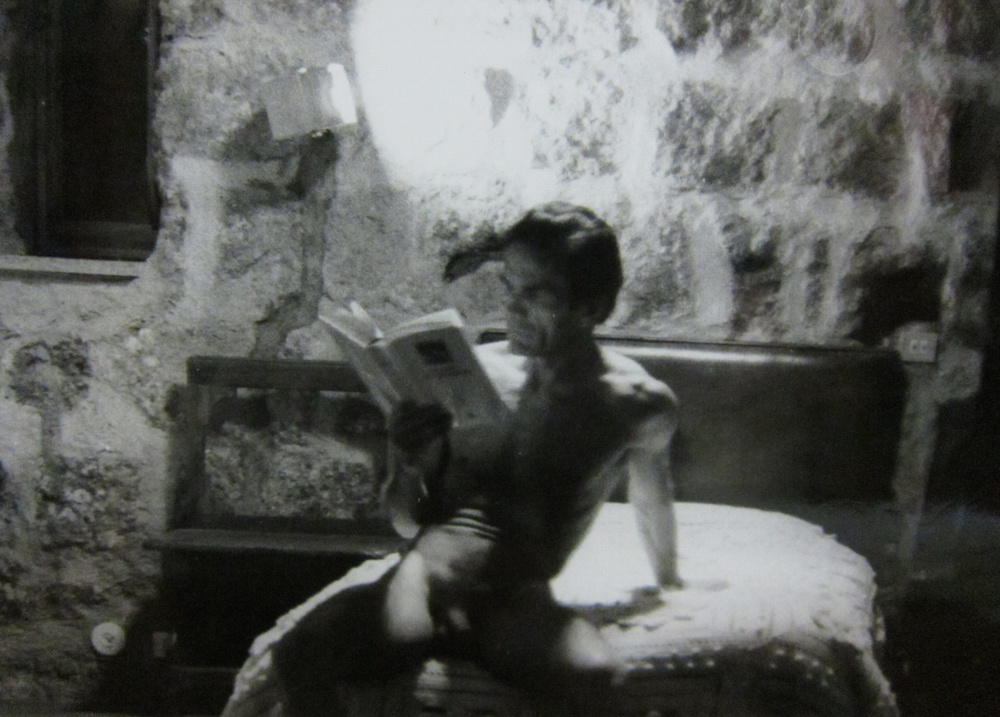 
Forty years after his brutal, mysterious death on a beach in Ostia, the work of Pier Paolo Pasolini remains a touchstone for politically engaged art. A filmmaker, poet, journalist, philosopher, playwright, and public intellectual, Pasolini was an uncompromising voice in the arena of political discourse in mid-century Italy with his voluble critique of capitalism, the Communist Party, and himself. But his project was also a critical poetics, attuned to both the homogenization of language and lived experience under capitalism and the cinema's unique role in making these material conditions visible.

In this screening, filmmaker Cathy Lee Crane and scholar Karen Pinkus present two films — Pasolini's Notes Towards an African Orestes and Crane's own Pasolini's Last Words — that interrogate the late career of this most heretical of filmmakers.

Pasolini’s Last Words, Cathy Lee Crane, 2012, 60 minutes
Known as one of Italy’s most important filmmakers, Pier Paolo Pasolini was first and foremost, one of its poets. This experimental biography explores the year leading up to Pier Paolo Pasolini's murder in 1975. Through a combination of staged and archival material, the film explores writings from one of the most important filmmakers of the 20th century, including excerpts from his polemical articles in Corriere della Sera, his unfinished novel Petrolio, and earlier writings from “La Divina Mimesis” that was published just days after his death.

Notes Towards an African Orestes, Pier Paolo Pasolini, 1970, 65 minutes
"Africa has arrived at the same turning point in history as Argos in the time of Orestes: at the point of transition from an archaic civilization to democracy." Pasolini's 1970 documentary finds the director preparing an adaptation of the Oresteia that will resituate Aeschelus's tragedy in the nascent democracies of postcolonial Africa. Casting and location-scouting in Tanzania, Uganda, and Ethiopia, and comparing notes with African students at the University of Rome, Pasolini becomes gradually aware of the paradoxes of his vision, in which "modern" Africa emerges from under colonial rule through an encounter between marxist ideals and the continent's tribal "pre-history."

Cathy Lee Crane has been making hybrid narrative/documentary films on 16mm since 1994. She has received the Guggenheim Fellowship, a New York Foundation for the Arts Fellowship, and support from the New York Council on the Arts, and the San Francisco Film Commission. Her award-winning short films have been broadcast on European television and are distributed by Canyon Cinema and Lightcone. In addition to her own film work, she has worked as a cinematographer, most notably in her collaboration with Harun Farocki on I Thought I was Seeing Convicts (2000). In February, Crane enjoyed a retrospective of her work at the National Gallery of Art as part of their American Original Now series. She is currently Associate Professor in the Department of Cinema, Photography, and Media Arts at Ithaca College. For more information: cathyleecrane.com

Karen Pinkus is Professor of Italian and Comparative Literature at Cornell University where she is also a member of the Faculty Advisory Board for the Atkinson Center for Sustainable Future. Professor Pinkus has published widely in Italian culture, literary theory, cinema, visual theory, and environmental theory. Her forthcoming book, Fuel, (PostHumanities, University of Minnesota Press) considers Pasolini's unfinished work Petrolio as crucial to thinking fossil fuels as a philosophical problem. She is completing a new book, tentatively titled Autonomia/Automata: Machines for Writing, Laboring and Thinking in 1960s Italy, that explores issues around labor, automation and repetition in Italian art, literature, design and especially film of the ’60s.

This event is free and open to the public.
Seating is limited and is available first-come, first served.