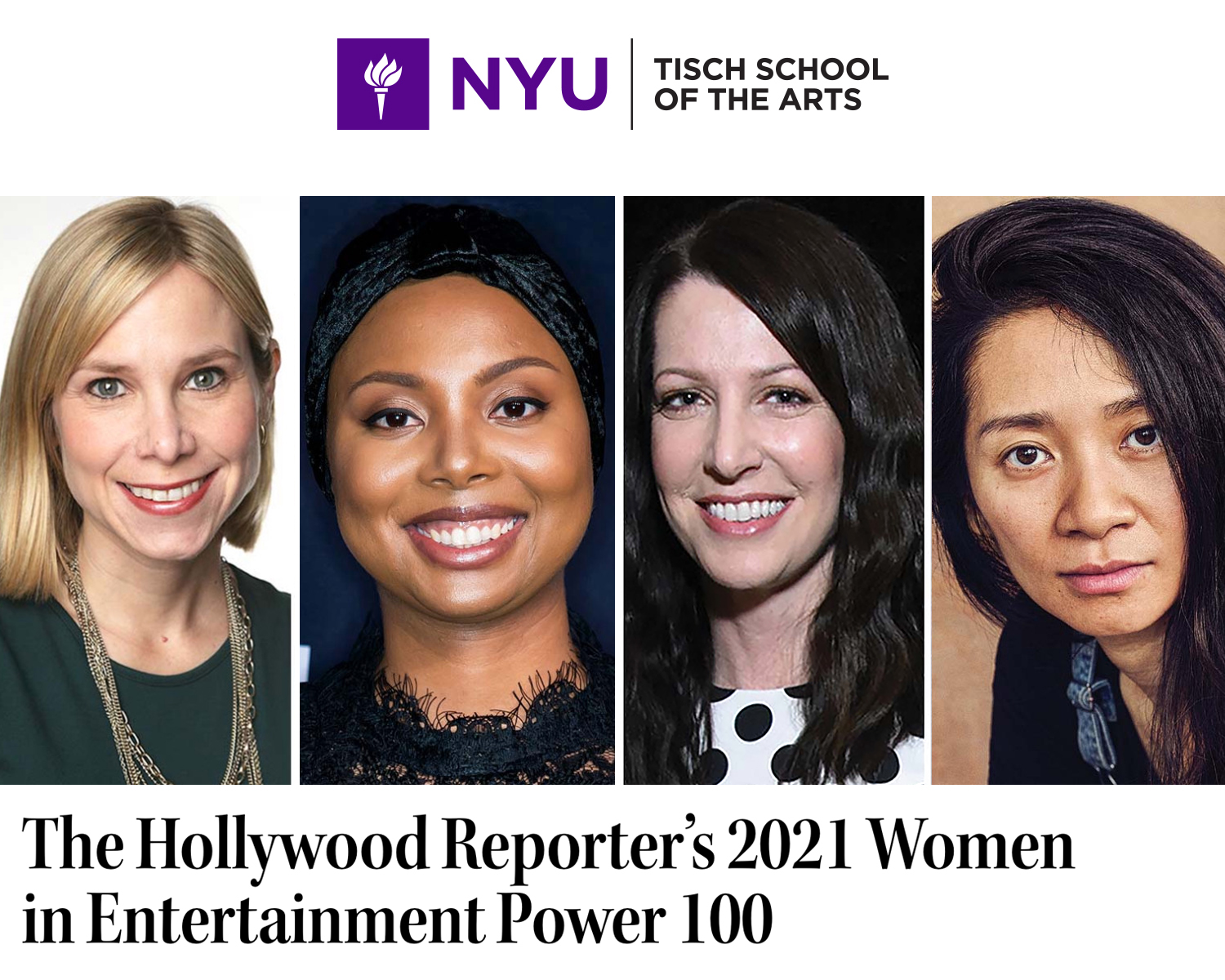 The 29th Annual Hollywood Reporter's Women in Entertainment Power 100 was announced on May 12, 2021, and we are proud to celebrate the Tisch alumni represented on this list.

This year, THR focused on the execs, filmmakers, showrunners, producers and actors who made moves in a year unlike any other. And in creating this list of entertainment’s top female leaders, editors considered portfolio sizes, series loads, TV ratings, awards hauls, deals, employees overseen, revenue/profit generated, subscriber counts and what box office there was to report.

Congratulations to the Tisch alumni who have made waves in the industry during an unprecedented year! See the full list here.

Seizing on the limitations of COVID-19-era production, Balbo closed more than 300 endorsement and voiceover deals in 12 months — worth more than $75 million.

After she co-created WGN’s Underground, 2020 saw Green break out as the showrunner of HBO horror drama Lovecraft Country, which has Emmy heat even without word on a second season. Either way, she’s heading to the big screen, writing and directing a Tomb Raider sequel for MGM and star Alicia Vikander. Also on her content plate is Netflix action feature The Mother, starring Jennifer Lopez, which she wrote and will produce, with Mulan helmer Niki Caro in talks to direct.

The Chinese filmmaker made history with her best director Oscar win for Nomadland, as only the second woman and the first woman of color to take that prize. Nomadland also was named best picture at the Academy Awards and earned a Golden Globe, two BAFTA Awards and a Directors Guild of America Award. With a no-frills vérité style, Zhao has managed to win over Hollywood’s biggest players, and she brings that unique perspective to her biggest canvas yet with Marvel’s Eternals, which Disney held back during the pandemic in order to give it a theatrical release Nov. 5.