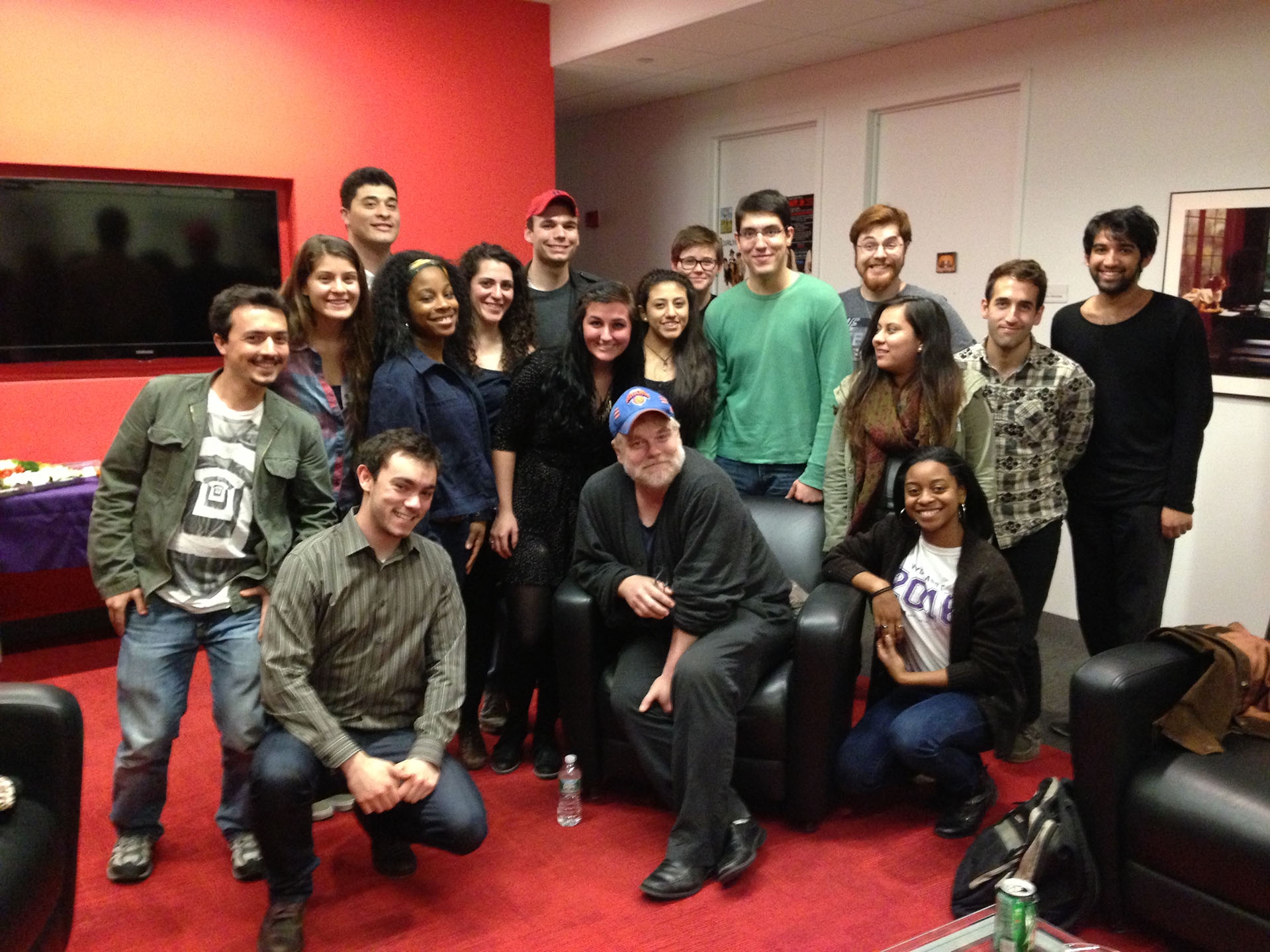 The initial funding for this scholarship was provided by James Declan Tobin, an Irish producer who was inspired to create opportunities for aspiring artists to follow in the great actor’s footsteps after spending time with the Hoffman family. By issuing this as a challenge gift, Tobin hopes to inspire others who also loved the actor and want to join him in honoring Hoffman with support for Tisch Drama students at the actor's alma mater.

“Philip Seymour Hoffman is one of the greatest actors of our generation. This scholarship will inspire Tisch Drama students to follow his enchanted ways on both the screen and the stage, embodying those moments that are so truthfully evocative of the human experience, and give them the opportunity to thrive. Phil was beloved by his peers and his fans and he often expressed gratitude and love to those around him. With this scholarship, I hope to continue Phil's legacy of warmth and generosity by creating pathways for Tisch Drama students to reach similar heights,” said Tobin.

Philip Seymour Hoffman is one of the most lauded and ambitious actors of his generation who lent humanity and depth to a wide range of characters on the silver screen and the Broadway stage. A graduate of the Department of Drama at NYU Tisch School of the Arts, Hoffman left a legacy of inspiration for NYU students and was known for his generosity of time and spirit in giving back to the school. Hoffman was celebrated for his willingness to portray villainous and unsavory characters with nuance—in addition to numerous leading roles—and his uncanny knack for selecting projects: he earned three Oscar nominations for supporting roles, won the Academy Award for Best Actor in 2005 for his portrayal of Truman Capote in Capote, and appeared in more than 50 films throughout this career. Hoffman was equally renowned for his work in the theater: he directed and acted in Off Broadway shows for the LAByrinth Theater Company, where he also served as the co-artistic director with John Ortiz; starred in Broadway shows; and earned three Tony nominations for True West, Long Day's Journey into Night, and Death of a Salesman.

“NYU Tisch School of the Arts was my son’s first choice for a college to begin his career as an actor. He was excited, challenged and stimulated by the environment and its teachers. Phil never forgot his time there and went on to build a remarkable career in the theater and movies. He would be pleased to be a part of someone else having the same opportunity that he had. It’s our way of saying thank you for supporting him as a student and continuing to work with him professionally after he graduated. We are grateful that he will be honored for his work as a student and actor in a way that will support the next generation,” said Marilyn O’Connor, Hoffman’s mother.

“Philip Seymour Hoffman embodies everything we aim to instill in our graduates: versatility, generosity, and a profound ability to plumb the depths of the human heart with grace and talent. We’re grateful that Tisch Drama students will have this scholarship support to help them follow Philip Seymour Hoffman’s inspiring artistic legacy while carving out their own space as actors and artists,” said Rubén Polendo, Chair of the Department of Drama at Tisch School of the Arts.

In order to endow this scholarship and ensure it exists forever, we need your support. Will you help us reach our goal of $100,000 with a gift in any amount? Lend your support through the link below!