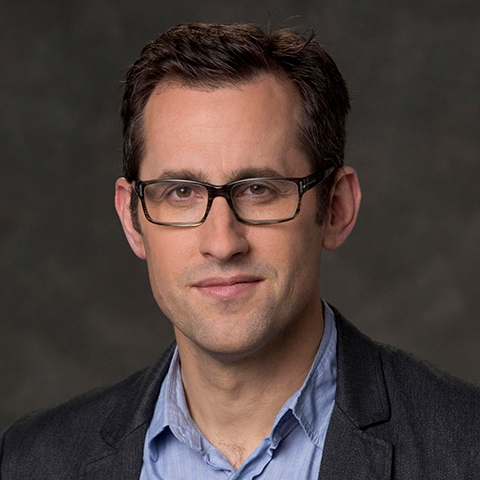 Nicholas Wootton ’94 (BFA, Dramatic Writing) was awarded the 2018 Mentor of the Year Award for his dedication to mentoring alumni through the Tisch Office of Career Development and Office of Alumni Relations.

Nicholas Wootton has been a writer and producer in television for the past 23 years. Among other credits he was executive producer/showrunner of NYPD Blue, Law&Order, Golden Boy, and Scorpion. In 1998 he shared the Emmy award for writing in a drama series with David Milch for the “Lost Israel” episode of NYPD Blue and was nominated again in 1999 for the episode "Hearts and Souls.”

What inspired you to become a mentor?

When I was first starting out in the business, I had an amazing mentor, Steven Bochco. I worked for him for four summers as a summer intern and then, after graduating Tisch, as a writer, and eventually Executive Producer of NYPD Blue and a few other (infinitely less well known) shows. He recognized my enthusiasm and talent early on and encouraged it selflessly. I asked him once how I could ever repay his generosity and he told me, in typical Steven fashion, “you can’t!” But as someone who had also been mentored, Steven’s main mentors were Richard Levinson and William Link, he said that by mentoring me and others like me he was repaying them, and that I should do the same for another young writer when the opportunity presented. I have mentored a number of writers and when I heard about the Tisch mentor program, I jumped at it. I love to do it. The mentees are sharp and motivated and they have questions I can answer. It’s like the easiest test in the world! But really, deep down, it’s all about repaying Steven and helping ensure that his wisdom extends to the next generations of writers and creators.

Did you have a mentor when you were starting your career? What about now?

I don’t really have a mentor now. Steven, whom I mentioned above, passed recently and I can’t imagine anyone taking his place.

With your work life, you have found time to commit yourself to mentoring alumni. Why is this so important to you?

For the reasons stated above, to honor my mentor, but also because I like discussing the kind of things mentees want to hear. I have always paid close attention to how the business works and how my navigation of it has succeeded or failed. I like to be able to discuss these experiences so that at least one other person can benefit and sidestep a pitfall.

If you could go back and do one thing in your career differently, what would it have been?

I would have started meditating earlier. Much, much earlier.

Do you have any advice for people in the early stages of their career?

Patience. And never be afraid to start at the bottom. A lot of people aspire to sell something - a spec pilot, say - to bypass the lower rungs. This is a mistake. Understanding every level of a production makes you a better showrunner. Writing is only one part of making shows. The more you understand about the other elements, down to the PA getting lunch, the better boss you’ll be. When you’re an empathetic boss the production runs more smoothly. When it’s smooth, you have more time to write the scripts and perfect the cuts, and the show is better.

Interested in learning how you can become or find a mentor? Visit the Office of Career Development to learn more about the Industry Network Database.